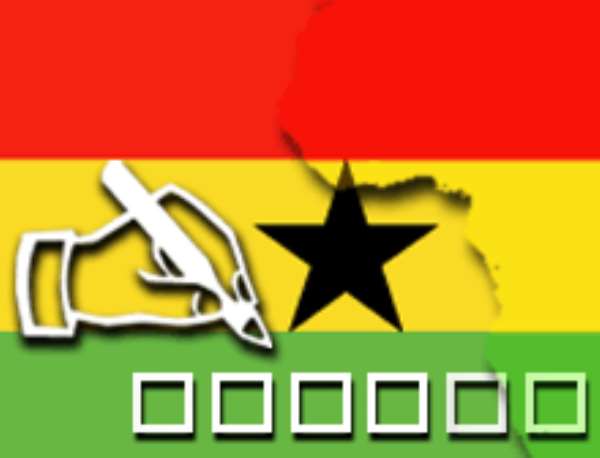 The reasons why Ghanaians leave their country to live elsewhere vary as much as the reasons why they want to return home. For many of us, the departure was for better opportunities. For some, it was for education. Whatever the reasons are, the inevitable time comes when the urge to return home gets overpowering. That urge underscores our collective belief in the old adage “home sweet home.” But what kind of home do we return to? In a geography class, the answer points to the same co-ordinance on the World Map that we left. In a social science or political science class, however, the answer can be very interesting. The socio-political environment in Ghana has evolved so drastically over the last few decades that we are not sure what to make of it. In many cases, we have also evolved, but not in the same direction. In short, we have gotten somewhat symmetrical in views to our folks at home. Still, it is our duty to utilize whatever we gained abroad to contribute to our nation's rebuilding. Do we do so from the standpoint of outsiders looking in, or do we insist on being completely infused into the political as well as economic systems? There are convincing arguments from both perspectives. For starters, many of us have acquired citizens of other countries, renouncing the Ghanaian citizenship in the process. How do we then come back and insist on being completely infused in the Ghanaian society with all the trimmings that come with it? For those who remained at home, the idea would not sound so great. Rather, the idea of leaving Ghanaian matters to Ghanaians sounds more principled. Another argument against complete infusion is presented from the standpoint that our values and lifestyle have so changed that it is unrealistic for us to expect that complete infusion. The systems at home are simply not set up to honor the, sometimes, impossible expectations that we return with. Hence, a partial or gradual infusion should suit us just fine. Those argument, however, fall a bit short in terms of considering all the factors. Among all Africans abroad, Ghanaians are arguably the best at having the eagerness to return home to help their country. In addition to our eagerness, our significance shows up in many ways in leadership, economic contribution, political growth, and so on. It begins with leadership. Four of the five democratically elected leaders of our great nation studied abroad. Kwame Nkrumah in UK and USA, Kofi Abrifa Busia in the UK, Hilla Limann in France, and John A. Kufuor in the UK. John Jerry Rawlings is the only exception to this rule. It does not end there. In the area of economic contributions, not only does one of every three Ghanaians at home directly or indirectly receive financial assistance from an acquaintance that lives abroad, “Ghanaians abroad represent the third leading source of foreign exchange for our nation,” says President J. A. Kufuor. Our remittances are largely responsible for our folks' ability to cope with the financial hardship that was unleashed on them these past few decades. Many foreign experts proclaim Ghanaians to be magicians considering their ability to survive on what they earn. What those experts do not know is the massive infusion of cash from Ghanaians abroad. Also, property ownership in the last couple of decades has grown faster among Ghanaians abroad than those at home.

In terms of numbers, our significance is without question. The working number of 2.5 million Ghanaians abroad represents 11% of our total population. In fact, considering population in constituency terms, Ashanti, at 3.3 million is the only region with a larger population. Also, none of the other regions can boast of generating a third of our nation's foreign exchange as Ghanaians abroad can.

Politically, it gets better. Many of us have lived and studied the democratic system for the entire duration that we have been outside Ghana. The last I heard, you needed an experienced mechanic to fix your car, a former player to coach your team, or a person who has studied Law to defend your case in court. Why then would a country seeking to develop a democratic system of governance attempt to exclude her sons and daughters who live it everyday? In fact, what we bring to the table in the area of democratic values and ideas are just as valuable as the dollars we bring in.

Okay, Jermaine you made your point. Ghanaians abroad are willing to help, and they are significant. That still does not explain why they should vote in elections in Ghana. Why can't they contribute without voting? If they are so patriotic, why do they have to vote before they can contribute? How do we know they are not merely using their so-called significance to wrestle political power?

The validity of these questions is what calls for us to appreciate the tricky nature of what we are proposing. First, our lack of any political power has reduced us to nothing more that dollar of sterling signs. The money we bring home is the only thing that gets attention. Outside of that, most other contributions we attempt to offer are greeted with statements like “this not 'aburokyire;' things don't work like that here.”

While most of our folks at home think cannot work like that in Ghana, we know they indeed can if we apply ourselves. The developed world became developed because they refused to accept mediocrity. Having lived in United States for the past 17 years, I am yet to see a clear indication that Americans are any smarter or any tougher that Ghanaians. What befalls us is our apparent inability to visualize a better Ghana, and that is causing us to settle for mediocrity.

But what is mediocrity if one has not seen any better? Mediocrity is relative. If one has always traveled with “watonkyene,” an STC bus becomes the ultimate luxury until one is presented with a better form of transportation. Similarly, many of the standards in Ghana today may be good enough for some until they are exposed to other more sophisticated standards. Even then, there are those who would brush them off as impossible to attain given our resources. But we have been close enough to these standards to know that they take no magic wands to bring about – just pragmatism and persistence.

Then there is the Constitutional argument, which no one refutes. Chapter 7, verse 42 of our nation's constitution reads: :“Every citizen of Ghana of eighteen years of age or above and of sound mind has the right to vote and is entitled to be registered as a voter for the purposes of public elections and referenda.” Nowhere in that provision is there a mention of 'resident in Ghana.' Not surprisingly, no politician, regardless of party affiliation, argues against the constitutionality of Ghanaians abroad voting. The only question has always been implementation. That is where a group called Ghanaians Abroad for Patriotic Participation (GAPP) comes in.

Registration Process Any successful voter registration drive must have one factor, which is the establishment of identity. Fortunately, that is one thing that all Ghanaians abroad have. The Ghanaian Passport is the strongest medium of identity establishment. Hence that will be required to register, along with a processing fee of $50. A poll of Ghanaians in Texas revealed that amount as the average that Ghanaians will be willing to pay for the processing of their voter registration.

Ghanaian missions abroad would house a temporary staff member of the Electoral Commission (EC), an Absentee Election Coordinator (AEC), who will process all absentee voter registration, as well as facilitate the voting process, thereby taking it out of the hands of embassy staff, most of whom could be political appointees. An estimate of, say, one EC staff member per 5,000 voters would ensure that the process will not overload anyone, especially if he or she has 60 days to process the registration. Voter registration application shall have to be submitted at least 90 days before election day.

Once a voter has been registered, he or she will receive a voter's card confirming his or her registration. This will ensure that paid aspiring voters will not only find out about problems with their registration when it is too late to rectify the problems.

Transporting Process Transportation of voter cards and Sealed Individualized Ballots (SIB) between the Electoral Commission in Accra and Ghanaian missions around the world will be by diplomatic bag. Then between the Ghanaian mission and the voter, ordinary postal service may be used in countries where that service is reliable. Where it is not reliable, the respective AEC will determine the best means of sending the SIBs to the voters.

Voting Process Upon receipt of the Sealed Individualized Ballot, the voter will select his or her desired candidates. (The purpose of the individualization of the ballots is to allow, say, a voter from Tamale living in Melbourne, Australia to have his or her vote applied to the total votes coming out of Tamale. It will also allow that voter to select the desired Parliamentarian from that district) After selecting the desired candidates, he or she will reseal the ballot, write his or her passport number on it to confirm that only the owner of that ballot could have used it.

After that, the voter will then return the used SIB to the AEC at the local Ghanaian mission. The local AEC will then forward all resealed ballots by diplomatic bag to the Electoral Commission in Accra.

Tabulating Process Electoral commission will verify and tabulate absentee vote count in the presence of national party representatives after election centers close. The results will then be added to final results coming out of voting precincts around the country

A detailed version of this plan has already been sent to the Electoral Commission. Additional copies are being sent to Parliament and The Castle. Hopefully, this will begin the process of debating and fine-tuning a plan that will eventually have Ghanaians abroad voting in the upcoming 2004 elections.

The moral arguments are without question; the constitutional arguments are without question; the potential economic advantages of Ghanaians voting are numerous. Now for the first time we have a plan. It is incumbent on all Ghanaians abroad who love our nation, and want to contribute in more ways than financial to join us in pushing to have our most basic right recognized.

It is important to distinguish this issue of absentee vote from the dual citizen issue. The former must precede the latter because the overwhelming majority of Ghanaians abroad still maintains their Ghanaian citizenship. Their interest must precede that of those who have acquired another citizenship. It is clear that once the road is paved for Ghanaians abroad to vote in elections in Ghana, that privilege will still be there when dual citizenship is recognized.

'Ghanaians are angry with the hypocrisy of economic experts ...
4 minutes ago