The Truth and Reconciliation Exercise is a Sham 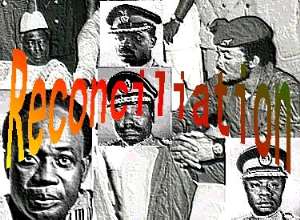 The Truth and Reconciliation Exercise (TRC) is a colossal waste of time, effort and resources. It is a classic case of importing a concept without regard to the needs and circumstances of the country. TRC has been used in countries that have been characterized by years of feuding and battles between identifiable parties or groups. This protracted feuding is typically characterized by symmetric barbarism, in that all sides of the feud engage in barbaric activities making it is impossible to meaningfully isolate and punish anyone. In these circumstances, some have recommended a TRC as a compromise, although there is no evidence anywhere in the world that TRC has worked. But Ghana's situation is very different from the countries that experienced symmetric barbarism. Ghana never had identifiable groups carrying out atrocities against each other. Rather, what we witnessed in Ghana was a situation in which a few identifiable people used their control of the security outfit to terrorize helpless civilians. It is the classic example of asymmetric barbarism ¾ one-way barbarism. Asymmetric barbarism cannot be cured by Truth and/or Reconciliation. It can and must be cured by Truth and Accountability. Indeed, even in the barbaric days of the PNDC, key PNDC personnel like Amartey Kwei and Tony Tekpor were held accountable for their brutalities. It is unthinkable that a democratically elected NPP government will turn away from accountability to this amorphous regime of reconciliation. TRC makes nonsense of our motto Freedom and Justice. I have maintained from its inception that TRC is probably unconstitutional. The bill establishing the TRC grants broad amnesty to those who appear before it, a concession that likely injures the civil liberties of victims. The TRC and its work will therefore not likely withstand judicial scrutiny. The state has no right to grant blanket amnesty to criminals and rob victims of their constitutional guaranteed rights to seek judicial redress. NPP can shirk its responsibility to prosecute but it cannot take away victim's rights to seek civil remedies. The current government must remember that it has the responsibility to enforce the laws and to punish criminals in accordance with the laws of the country. The government cannot sweep away these responsibilities under the rug of Reconciliation. Reconciliation is a sham. It is an "import" that is being forced down the throats of countries in transition without proper regards to context. Too bad, this government has fallen for it! Some have argued that the public is in a forgiving mood and burying the past is consistent with this mood. There are two problems with this argument: (1) that someone measured the public mood and this measurement revealed that the public mood is in favor of letting bygones be bygones. This is an unwarranted assumption, unsupportable inference or a tenuous conclusion. (2) that the public mood can be measured reliably and justice should be based on this public mood. I reject this prescription. Justice should be dispensed based on the laws not based upon polls. There is no need for national reconciliation because the nation is not feuding. When identifiable people commit crimes, the state must punish them not advocate reconciliation with these criminals. Imagining a fictitious feud and prescribing reconciliation is no panacea. That is the proverbial "bury your head in the sand" approach and it must be rejected. If we carry this reconciliation business to its "logical" conclusion, we would have to empty the prisons and reconcile with all prior criminals. That is, why, if we have this insatiable need for reconciliation, is this so called reconciliation selective? Why, for instance, do we reconcile with those who used the state apparatus to murder judges while we continue to imprison those who used their private apparatus to murder others? Why must we reconcile with blue-collar criminals (e.g., past murders and torturers) but prosecute white-collar crimes (e.g., past financial malfeasance)? Let the state investigate and prosecute criminals. Of course, it is highly unlikely that the government will discontinue this sham that we call the TRC exercise, which leads me to the solemn prediction that TRC will reconcile nobody, will reopen old wounds, will raise more questions than answers, and will make the nation strictly worse off. Let those who want reconciliation go to the churches, mosques, shrines, synagogues or what have you.