We are dismayed at CHRAJ, NCCE’s loud silence on anti-LGBTQ+ bill, attacks; do the right thing – Akoto Ampaw, others 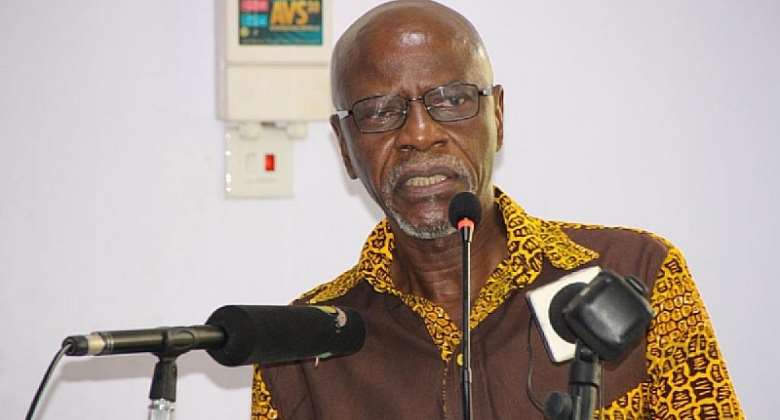 Members of a group of eminent lawyers and professors under the umbrella name, Concerned Citizens Against the Anti-LGBTQ+ Bill, say they are dismayed that state institutions mandated by law to promote human rights are silent over the controversial bill.

At a press conference in Accra on Wednesday, the group called on the Commission for Human Rights and Administrative Justice (CHRAJ) to condemn the continuous attack on persons perceived to be members of the LGBTQ+ community.

Speaking on behalf of the group, a private legal practitioner, Akoto Ampaw, said the current bill before Parliament is unconstitutional and infringes on the human rights of citizens.

He said CHRAJ and other institutions whose work bothers on human rights must speak up against the bill.

“We have observed with dismay the loud silence of state institutions that are constitutionally mandated to promote human rights, democratic citizenship, free speech and responsible media, such as the Commission on Human Rights and Administrative Justice and the National Commission for Civic Education. We call on these institutions and individuals to do the right and proper thing by condemning such anti-democratic and illegal practices. We also call on the IGP to invite for questioning all those who have issued threats against members of the LGBTQ community,” he said.

He further chastised chiefs and religious groups reported to be threatening to banish their subjects and church members for being part of the LGBTQI community, indicating that their threats and such actions are not legal.

“[There are] Media reports that some traditional rulers have threatened to kill anyone caught in so-called gayism, banish them from their traditional areas or perform ritual rights against them. We want to emphasize that Ghana is a democratic secular republic and our chiefs, revered as they are, do not have any legitimate and constitutionally recognized power to expel anyone from their traditional area or to restrict the liberty and freedom of movement of persons,” he added.

Latest Photo Reports
Catch up with all the political quotes from our politicians.
Advertise here
More Headlines
ModernGhana Links
GPRTU suspends today's strike after invitation to Jubilee House; trotro drivers directed to resume work
You're wicked for calling me an NPP mole; those allegations are false, unfair – Duffuor
Thank you for the wonders of Ghanaian culture, tradition — South Africa's Ramaphosa to Akufo-Addo
Park your car if you don't want to be vaccinated — Dr John Nsia Asare to drivers
Ashantis like NDC; we will target 40% votes in 2024 – Kwabena Duffuor
You told Ghanaians we are not in normal times so why impose elegy? — Group questions Akufo-Addo
PHOTOS: Hundreds of workers stranded at Lapaz as commercial drivers begin strike
Joe Wise rejects Minority’s claims of bias
‘Don’t travel outside this month’ – Nana Addo ban Ministers and deputies who’re MPs
TOP STORIES

Park your car if you don't want to be vaccinated — Dr John N...
43 minutes ago