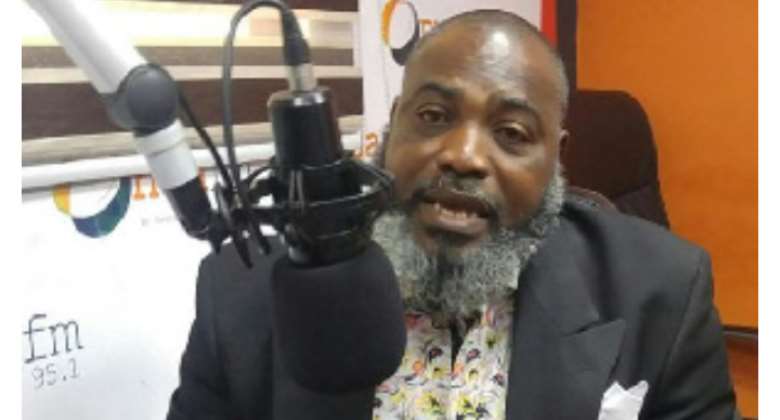 There are more important issues that Ghanaian lawmakers should channel their attention to rather than spending precious time on an anti-gay bill that is useless to the ordinary Ghanaian, insurance marketer and social commentator Edgar Wiredu has said.

Speaking on Tonton Sansan on TV XYZ hosted by Prince Kwame Minkah, the opinionated businessman noted that there are unemployment issues and other challenges that need the attention of lawmakers and politicians rather than keeping an eye on what adults do in their closets.

"There are more other important things in the world that we should engage ourselves with...To pass the law or not, people will still do it," Wiredu said.

There is an anti-homosexuality bill before Parliament dubbed the Promotion of Proper Human Sexual Rights and Ghanaian Family Values 2021 bill which seeks to criminalise the LGBTQI+ community in Ghana.

Should it be passed, persons who identify as LGBTQI+ and or engage in the said practice could face up to five years imprisonment. LGBTQI+ activists could also face up to a 10-year-jail time.

The bill has generated a lot of interest among Ghanaians as to whether the issue should be left untouched to secure future grants from the western world but the promoters of the bill led by Sam George, a Member of Parliament for Ningo Prampram, believes the matter needs to be put to rest once the bill becomes a law.

Speaker of Parliament, Rt. Hon. Alban Bagbin has said the debate on the bill, which has received wide support from the Christian and Muslim communities, would be made public, and its subsequent voting by MPs be made public.

But Edgar Wiredu sees the back and forth on the matter as irrelevant, saying the passage of the bill into law would not stop the LGBTQI+ community in Ghana from operating since unnatural carnal knowledge is done in private and one has to get evidence before one is prosecuted for practicing homosexuality.

"I am not gay but I believe this whole argument over the matter is needless. There were long queues when the security services wanted to do recruitments and that is alarming. That is what I believe we should be looking at," he argued in Akan. "I don't see the value of it."

"Of what relevance is LGBTQI+ Parliamentary debate to the suffering Ghanaian," Wiredu quizzed while contending that relevant matters ought to take centre stage in the law-making chamber.

He asked again, "when you pass the bill then what happens next? Are you going to be peeping through people's windows to find out whether they are having unnatural carnal knowledge?

Emerging Strong Coalition
Meanwhile, some fifteen (15) professionals in various fields including law and academia have submitted a memo to Parliament to kick against the anti-LGBTQI+ bill to the chagrin of most Ghanaians and the clergy.

The learned group wants the bill rejected because the proponents of the bill have not provided any data or evidence to suggest that there is such a threat, beyond a resort to some dogmatic religious tenets and so-called Ghanaian family values.