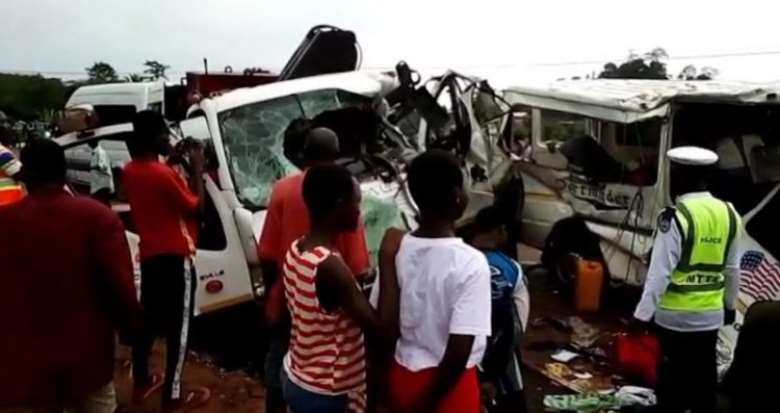 A fatal accident at Agyempaboa on the Dunkwa-Ayanfuri road in the Central Region has resulted in three deaths with several others hospitalised with various degrees of injuries.

Two of the persons involved died on the spot while the third person had his last breath upon arrival at the Dunkwa St. Mark Hospital.

According to an eyewitness, the accident occurred due to the over speeding of the drivers of the vehicles involved. It is said that the Sprinter driver made a wrong overtaking in a sharp curve and collided with the KIA.

All the other 11 persons who suffered the various degrees of injuries have been transported to the Dunkwa St. Mark Hospital within the Dunkwa Municipality.

The three bodies of the deceased have also been deposited at Dunkwa Municipal Mortuary as the police begin investigations into the circumstances that resulted in the accident.