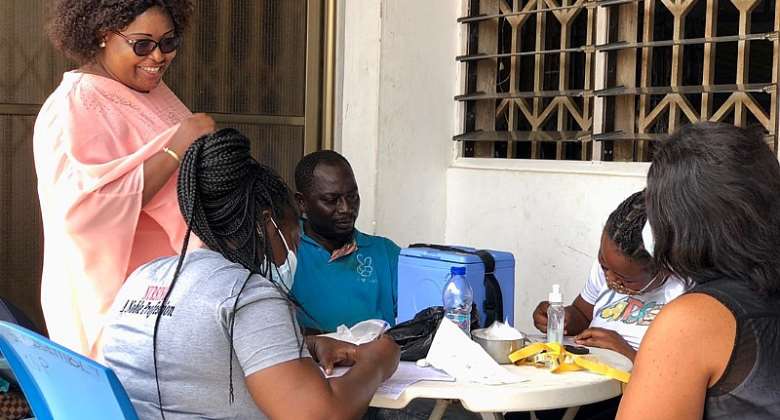 The cases were diagnosed at a Breast Cancer Awareness sensitization being carried out by the Elephant Ladies, a women wing of the ruling New Patriotic Party (NPP).

According to Madam Ellen Sey, the awareness campaign being organized by Gomoa Elephant Ladies became necessary due to lack of knowledge and information about the disease in the District, a situation attributed to insufficient health facilities and personnel to educate the people especially women about early detection and prevention of breast cancer disease

Addressing women's groups drawn from various communities at Gomoa Buduburam recently, Madam Ellen Sey noted that similar campaign had been held throughout the constituency to reduce if not eradicate breast cancer related diseases in the district.

The Chair Lady of Gomoa Elephant Ladies, Madam Priscilla Okyere Yaafi said the group was in collaboration with personnel from the Ghana Health Service who have the professional know how about breast cancer and what to look out for early detection and prevention.

She appealed to other women groups and associations to periodically hold breast cancer awareness campaign for its members.

"But for this Breast Cancer Awareness sensitization, we wouldn't have been able to diagnose these 31 cases. The lives of these industrious women would have been lost. It is worthy to check our breast regularly in order to prevent the disease," she noted.

"We are also offering Covid-19 vaccination services in addition to the breast cancer awareness campaign for people who have not been vaccinated against the diseases," Madam Vida Aidoo noted.