Security: We need to do more to prevent terrorism – Bawumia 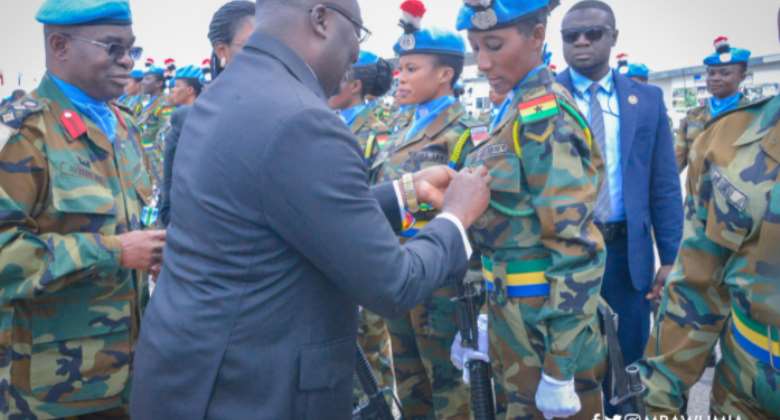 Vice President Dr Mahamudu Bawumia, has said gains have been made as far as retooling and re-equipping the GAF is concerned.

However, he said, more need to be done in preventing threats of terrorism in the country.

Speaking after the inauguration of the Governing Council of the GAF by President Nana Addo Dankwa Akufo-Addo on Tuesday October 26, he said “Your Excellency, thanks to your directions, the Armed Forces has seen tremendous improvement in its welfare and operational readiness.

“The ongoing barracks regeneration project has improved or made better to deal with the acute accommodation problems for our troops, modernisation of our health facilities is ongoing and enhancing effective health delivery.

“The continues retooling and reequipping of the Armed Forces, as well as the provision of the training needs have improved the operational efficiency of the Ghana Armed Forces.”

He added “This is evident in the successful outcome of our security operations with regards to the various conflicts both locally and internationally.

“Despite the gains we have made in the last four years, we need to accomplish a few more important goals as a result of ongoing threats in the sub-region.

“First and foremost, the Sahel and Jihadist issues leading to cross border crimes and terrorist infiltration through the northern borders of the country is an important issue we have to deal with.

“I am aware of the efforts towards the establishment of the forward operating basis at the north sector to enforce strict security. We should support government to execute this laudable project as our key priority.

“We need to continue to partner with other strategic bodies in order to minimise the issues of piracy within the Gulf of Guinea.”

The Vice-President again chairs the GAF Council, with the Minister of Defence, Mr Dominic Nitiwul; the Minister of the Interior, the Minister for Foreign Affairs and Regional Integration, Ms Shirley Ayorkor Botchwey , and the Chief of the Defence Staff, Vice-Admiral Seth Amoama, as some of the members.

Others are the Chief of the Air Staff, Air Vice-Marshal Frank Hanson; the Chief of Army Staff, Maj. Gen. T. Oppong-Peprah, and the Chief of Naval Staff, Rear Admiral Issah Adam Yakubu.