Ejisu: 21-year-old girl murdered with intestines gushed out at Achinakrom 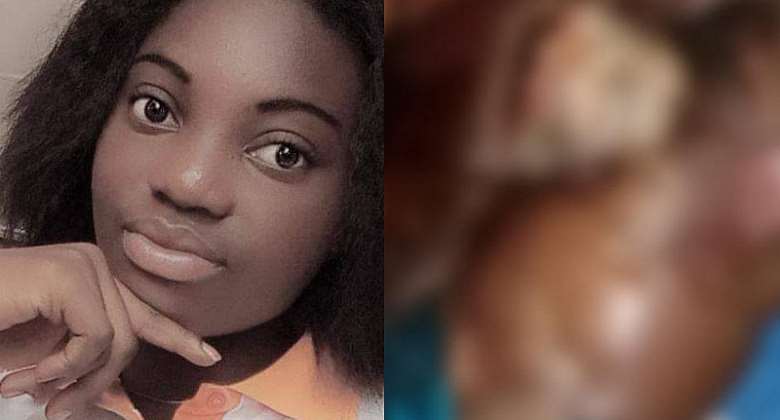 A 21-year-old Seamstress has allegedly been murdered by some unknown assailants at Achinakrom in the Ejisu Municipality of the Ashanti Region.

The girl was believed to have died about three days ago body was found decomposed.

Doris Donkor, known in the area as Akos, was found dead in her room on Tuesday, October 26, 2021.

Speaking to this reporter, Mrs Esther Appiah, inlaw to the deceased disclosed that the girl was seen dead in her room three days after she got missing.

She added that not seeing the deceased for about three days in the house and without any knowledge of her whereabouts, neighbours decided to check the room which was locked from outside with a padlock.

Mrs Esther Appiah Further noted that early that morning, they noticed a bad stench which they initially mistook for a dead mouse, but residents could not locate the supposed dead mouse upon a thorough search of the house.

Further checks led them to the direction of the deceased room.

The padlock to the room, according to her, was forcefully opened only to discover the body of the deceased with her intestines gushed out.

'We will stand united to oppose e-levy' – Haruna Iddrisu but...
13 minutes ago