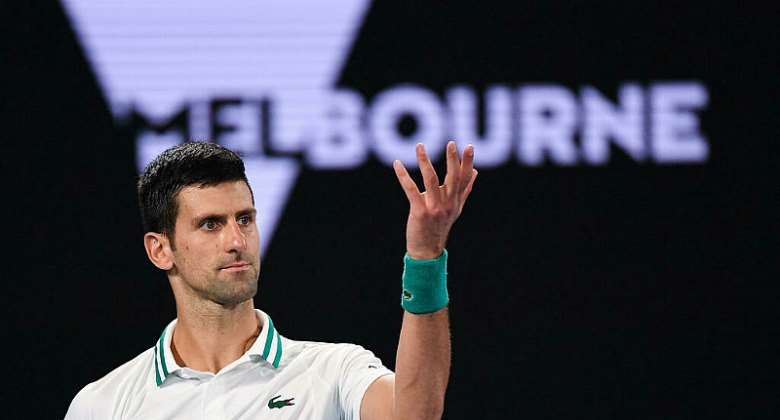 Unvaccinated tennis players were on Wednesday barred from the Australian Open in Melbourne after the head of the province that hosts the tournament refused to allow them special permits.

Daniel Andrews, premier of Victoria state - where Melbourne is located - said health chiefs and regional politicians would be guilty of double standards if unjabbed athletes were to descend on Melbourne Park in January for the first Grand Slam tournament of the season.

“I'm not going to ask and actually require people sitting in the grandstand and people working at the event to be vaccinated while players aren't," said Andrews. "So we're not going to be applying for an exemption.”

The Australian prime minister, Scott Morrison, and the health minister, Greg Hunt, said unvaccinated players would be free to compete at the competition after undergoing a two-week quarantine provided that Victoria applied for exemptions for them.

Fairness
Andrews quashed any such path soon after their statements on Wednesday.

"What I'm making equally clear, on behalf on every vaccinated Victorian who is doing the right thing … across the board we're putting restrictions on.

"We're locking people who are unvaccinated out of pubs and cafes and restaurants and the Melbourne Cricket Ground and all sorts of other events.

“The only fair thing to do is to be very clear with every Victorian: my government will not be applying for an exemption for any unvaccinated player.”

Tennis Australia - which organises the Australian Open - has been waiting for a definitive response from the authorities for the past couple of weeks.

The void has led to speculation and brinkmanship. The WTA - which runs the international circuit for female players - sent out an email which said unvaccinated players would be able to take part in Melbourne after undergoing 14 days of quarantine.

The world number one Novak Djokovic hinted in an interview with Serbian media that he might not defend his title if he is obliged to reveal whether he is vaccinated or not.

In May, Tennis Australia boss Craig Tiley denied rumours that the event could be moved to Doha or Dubai if the health restrictions were too onerous.

"We're going to be in Melbourne. We are going to make it work," Tiley said. "We are the only country where quarantine is required. We've got a find a way to manage that and we will."

Venue
On Wednesday, Andrews appeared confident that Melbourne Park would host the competition.

"Victorian tax payers have supported the redevelopment which is still ongoing at that facility,” Andrews added.

"It is, I think, the best Grand Slam venue anywhere in the world … that's what all the international tennis people tell me every year when they're here for it.

"So I think it's highly unlikely that anyone else is going to be hosting it. We will be hosting that event.

"But we will not be applying for an exemption for unvaccinated players to come here. And that is the only fair thing to do."