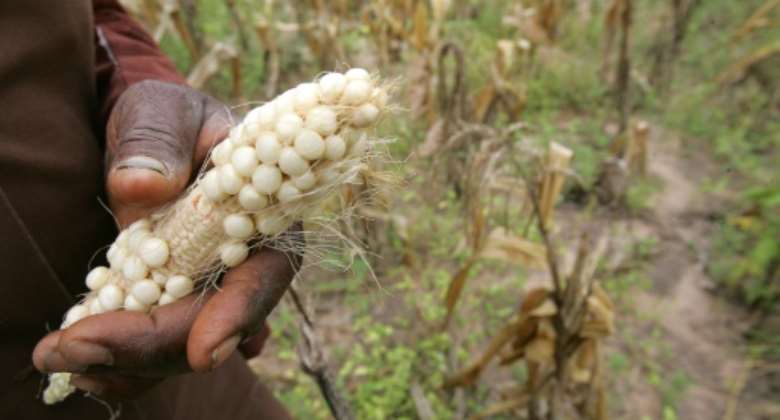 Small farmers around the world who grow thirsty crops like corn will face a huge adaptation challenge as the effects of climate change worsen in the coming years, experts warned Wednesday.

In a report issued ahead of the UN climate conference opening in Glasgow on Sunday, the International Fund for Agricultural Development (IFAD) sounded the alarm after commissioning a study on agriculture in southern and eastern Africa.

Harvests of staple crops in eight countries could plummet by up to 80 percent by 2050 as warming accelerates, the report projected.

"This could have a catastrophic impact on poverty and food availability unless there is an urgent injection of funding to help vulnerable farmers adapt how and what they farm," it said.

The study was carried by the University of Cape Town, which analysed climate impact on agriculture in Angola, Lesotho, Malawi, Mozambique, Rwanda, Uganda, Zambia and Zimbabwe.

It projected a temperature rise of around two degrees Celsius (3.8 degrees Fahrenheit) by 2069, and up to 2.6C in some places.

"The eight countries analysed are very different, landlocked, coastal, mountainous or semi-arid, but the conclusions are repeated and grim," said IFAD, a specialised UN agency.

"Rainfall will be scarcer but also more erratic, with flash floods threatening crops and soil stability," it said.

Corn, also called maize, requires a lot of water to grow, which will add to pressure on farmers to switch to strains that mature earlier, or to switch to more resilient crops such as cassava, peanuts, beans, sorghum and millet.

But moving to different crops is easier said than done, as there can be strong market preferences, IFAD said.

Farmers also face many financial and technical hurdles as they contemplate a switch, from advice on seeds and the acquisition of new tools to the processing and storage of crops to prevent spoilage.

Rich countries in 2015 vowed to muster $100 billion in climate aid for poorer nations annually by 2020.

That goal that remains unmet and in any case is far below what will be needed, according to the report.

It is estimated that less developed economies require between $140 and $300 billion annually by 2030 to combat the impact of climate change.

At present, out of every $18 committed to fighting climate change, only $1 is spent on adaptation -- the rest goes on reducing carbon emissions that cause the problem.