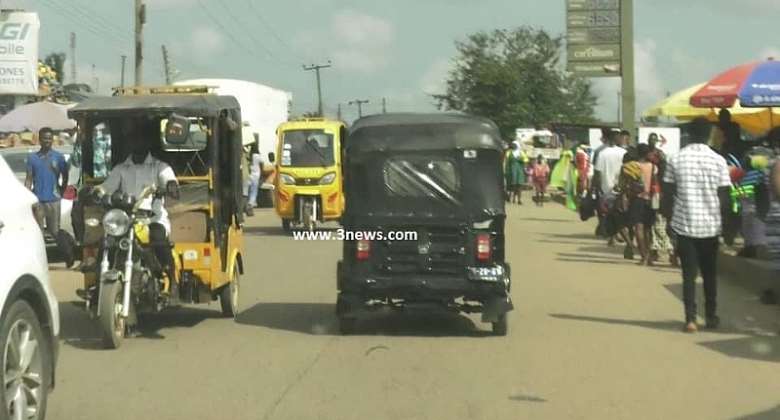 The Effia-Kwesimintsim Municipal Assembly (EKMA) has banned tricycles, popularly known as 'Pragya' in the municipality.

Speaking at the Assembly's third general meeting, the Municipal Chief Executive (MCE), Kojo Acquah, disclosed that the decision forms part of efforts at ensuring the safety of residents.

He noted that most of the Pragya riders are below the age of 18 years and do not have the necessary insurance cover.

The Sekondi-Takoradi Metro and Effia-Kwesimintsim Municipality have been hailed by visitors to the Western Region as the only areas without the tricycles on the roads.

As part of efforts to reduce the rate of accidents on the roads while ensuring the safety residents, a ban has been placed on the use of Pragya to prevent its use in the greater Sekondi-Takoradi area.

Mr. Acquah emphasized that the Assembly will confiscate any Pragya that will be seen operating in the Municipality.

He cautioned the residents to comply or face the consequences, adding that no one will be spared.

In another development, the Member of Parliament for Kwesimintsim, Dr Prince Hamid Armah, says he will continue leveraging on his position and influence to improve the lives of his people.

According to him, his electoral victory in the 2020 election was hinged on the message of an integrated plan of development that addresses the gap in skills, jobs and infrastructure in a meaningful and sustainable way and that is what he intends to do.

He disclosed that his office together with the MCE has secured scholarships for more than 200 students at the various levels of education and a fully funded international scholarship for a Kwesimintsim indigene, who left Ghana last week to study in the United Kingdom.

Another thousand persons have been enrolled in entrepreneurial training in different programmes involving digital skills and vocational training.

He said he intends improving social infrastructure such as football fields and durbar grounds and building a health post as well as equipping all CHPS compounds by the close of 2022.