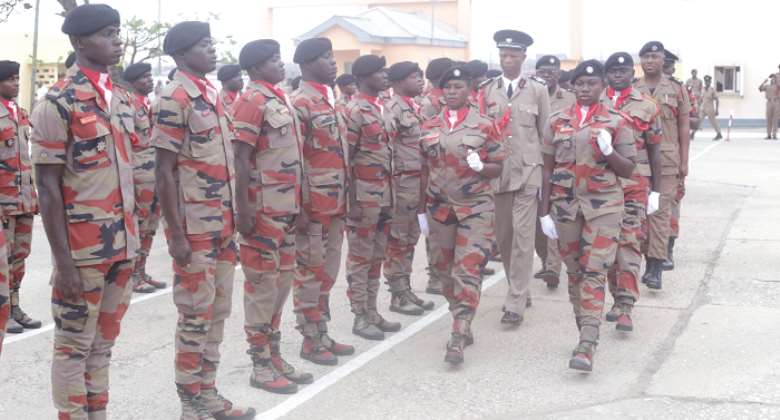 The Greater Accra Regional Commander of the Ghana National Fire Service (GNFS), ACFO1 Alhaji Nuhu Gibril has rubbished claims there are protocols in recruiting officers to the service.

In the last 24 hours, there has been rumours at the corridors of the GNFS regarding protocol lists which has names of persons already picked for recruitment into the service.

This popped up where hundreds of Ghanaians queued at various centers with their application forms seeking to be recruited.

Amid the allegations that has brought the name of the Ghana National Fire Service into disrepute, ACFO1 Alhaji Nuhu Gibril says his outfit runs no schemes but rather follow due processes to recruit personnel.

“There is no protocol. The system is there, the requirement is there, the people have applied. They are going through the second stage. You could see that they have been arranged orderly.

Despite the explanationfrom the GNFS, many of the applicants looking to be recruited into the service continue to cry that ‘protocol recruitment’ is making the entire process shambolic.

They claim that even though the recruitment process has been opened and ongoing, people have already been pushed through the back door without going through the processes required by the system.