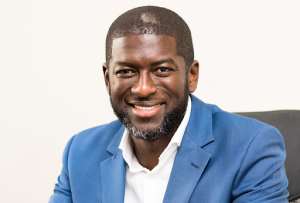 An Accra High Court has thrashed a case brought against the office of the Attorney General and Springfield Exploration & Production Limited asking it to declare the Minister for Energy's directive for a joint operation as illegal.

The applicants, Eni Ghana Exploration & Production Limited and Vitol Upstream Limited had gone to court seeking a judicial review against some directives given by the Minister for Energy regarding the Afina Oil discovery in West Cape Three Points Block 2 Area (WCTR2) and Sankofa Canomanian Oil Fields Sankofa field.

They wanted a “declaration that the purported directives of the Minister of Energy dated 14th October, and 16th November, 2020 purportedly in posing terms and conditions for the unitization of the Afina Oil discovery in West Cape Three Points Block 2 Area (WCTR2) and Sankofa Canomanian Oil Fields Sankofa field in offshore Cape Three Points Area (OCTP) are illegal.”

The plaintiffs were also seeking a “declaration that the Minister did not follow due process of law in issuing the purported directives”.

Again, the plaintiffs wanted an “order of interlocutory injunction restraining the Respondents from taking any step to seek to enforce the purported directive pending the final determination of this application”.

“It is my view that this omission to state the relief or remedy sought by the applicant in the affidavit in support of the application violates the provisions of Order 55 Rule 4(2)(c) of the Rules of Court.

He said the application before the Court also does not pray the Court for an order of certiorari, and for this reason, the provision of rule 3 (2) of Order 55 of C.I. 47, does not apply to this matter for the purposes of reckoning time.

The court also held that the affidavit filed by the applicants in support of their application is incompetent as the affidavit was deposed to by one Abena Owusu who describes herself as the Legal Manager of Eni Ghana Exploration & Production Limited but did not state what her connection with Vitol Upstream Limited is.

Justice Mensah finally held that “a careful read through Section 34(1) of the Petroleum Exploration Act, (Act 919) of the year 2018 does not show that the Minister for Energy's directive violated the said provisions of the law”.

The court therefore, dismissed the application and awarded a court of GH¢10,000 each in favour of the Attorney General and Springfield Exploration & Production Ltd.