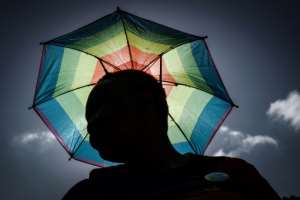 Lately, the media airwaves have been saturated with discussions that are LGBTQ+ related. This issue began to toss and turn when some members of Parliament of the Republic of Ghana hinted that a Bill was before them awaiting the due process of law for its passage. The Bill, if passed into law, would proscribe all forms of LGBTQ+ rights, and other variants of its kind. Before we delve deep into the depths of the issue, let us first and foremost look at what the abbreviation "LGBTQ+" stands for.

L stands for Lesbian. A lesbian is a woman who is asexually attracted to other women.

G stands for Gay. A gay is a man who is sexually attracted to other men.

B stands for Bisexual. A bisexual is a person who is sexually attracted to both men and women. A bisexual could be a man or a woman.

+ makes room for other variants of this bizarre sexual orientation to be added to the list of letters in the abbreviation.

Fortunately, the laws of Ghana are in a tug of war with unnatural sexual orientation. This provision aims at protecting the people from the ills of such weird sexual acts. The heading is: "Unnatural Carnal Knowledge". Under section 104(2) of Act 29, unnatural carnal knowledge is defined as sexual intercourse with a person unnaturally or, with an animal.

However, the description of, "Unnatural Carnal Knowledge" under section 104(2) of Act 29, does not adequately encompass all that LGBTQ+ is. Methinks, that is the reason why Parliament is engineering a new statute that will be versatile enough to vanquish the hydra-headed monster called, LGBTQ+.

The advocates of LGBTQ+ rights hide in the guise of human rights to propagate this agenda to the detriment of the health of the practitioners. Should we allow ourselves to perish in the name of human rights?

This unwholesome sexual orientation poses serious health hazards to those who indulge in it. Let us examine some of the health risks that go hand-in-hand with LGBTQ+.

Let us begin with lesbianism. As I have said already, a lesbian is a woman who is sexually attracted to other women. We have read reports that lesbians have been using varieties of gargantuan equipment to breach their virgin chambers in their quest to seek illegitimate sexual pleasure. Because of the sensibilities of my readers, I do not want to get graphic here. This act can cause serious damage to their reproductive health. Apart from the physical hurt, it inflicts on the anatomy of the sex organ, the act is also a way through which viruses, yeast, harmful bacteria, and other forms of pathogens get to the innards of the groan of a woman. These pathogens are the major cause of Sexually Transmitted Diseases (STDs) such as syphilis, HIV/AIDS, chlamydia, gonorrhea, to mention but a few. HIV/AIDS can lead to death and other infections can result in cervical cancer in women.

Gay are men who are sexually attracted to other men. They are men who fall in love with other men and wish to exercise intimate relationships with them. The act of homosexuality also brings health hazards to men who engage in it. The use of the anus and the rectum as an avenue for sexual gratification causes the muscles of the anus to dilate without reversal. The act also shatters the rectal tissues which can result in internal bleeding and external bleeding through the anus. If homosexuality was natural, then the men whose anal region suffer for it would not have the need for diapers at some point in time. But they do!

Research has also shown that men who engage in homosexuality are more likely to contract HIV/AIDS than men who are heterosexual. Apart from AIDS, gays are prone to a myriad of other sexually transmitted diseases which can lead to prostate cancer in men.

Bisexual men and women are persons who have sexual attraction for both men and women. That is, a bisexual man is a homosexual and at the same time a heterosexual. He can engage in sexual relations with both men and women. A bisexual woman is a lesbian who also engages in intimate relationships with men. This act promotes casual sex and its attendant health problems.

Aside from the surgeries, transgender men and women who seek to cross the long bridge that separates males from females, do undergo rigorous hormonal therapy to achieve masculine effects or feminine effects.

Hormones that are used to seal the transitioning carry risks that are associated with:

Generally, LGBTQ+ persons have mental health issues. One cause stems from their struggle to identify their actual sexuality as they move from one sexual orientation to another. For example, a lesbian can decide to become a male through the transitioning. Then later becomes gay or bisexual and reverts to lesbianism if she pleases. It is all about surgeries and hormone doping.

Another cause of mental health problems with LGBTQ+ persons is their efforts to deal with stigmatization and judgment from certain Civil Society Organizations, Religious Organizations, and individuals who are strongly opposed to the practice. The African Culture strongly abhors the practice of LGBTQ+, Islam also sees the practice as an abomination and Christianity also preaches against it.

Below is what the Qur'an says in respect of gays and how Allah dealt with them.

80. "And (remember) Lut, when he said to his people; "Do you commit the worst sin such as none has preceded you has committed in the 'Alamin (among the mankind and the jinn)?"

81. "Verily, you practice your lusts on men instead of women. Nay, but you are a people transgressing beyond bounds (by such sins)."

82"And the answer of his people was only that they said: 'Drive them out of your town, these are indeed men who want to be pure (from sins)!"

83. "Then (Allah) saved him and his family, except his wife; she was of those who remained behind (in the torment)."

84. "And (Allah) rained down on them a rain (of stones). Then see what was the end of the Mujrimun (criminals, polytheists, sinners, etc.)"

The problem of drug abuse is also rampant with LGBTQ+ people. They use a wide variety of drugs to continue to cope with the resistance they are faced with. Also, since they are mainly pleasure seekers, they indulge in the use of drugs that increase their sexual gratification. Some of the drugs they use are: heroin, "coke", crack, etc. These weaken their immune systems after a prolonged period of usage.

In conclusion, I would like to beseech the Parliament of the Republic of Ghana to pass the Anti-LGBTQ+ Bill in order to save Ghanaians from the damnation that goes with LGBTQ+. We cannot sacrifice our health, faith, and dignity on the altar of human rights. A stitch in time, saves nine.