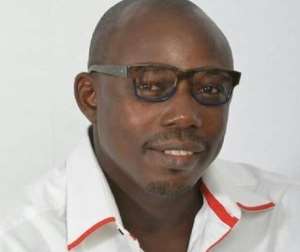 A media practitioner and political activist, Dela Coffie has suggested that the NDC must work towards marketing a new Flagbearer for Election 2024.

In a Facebook tweet sighted by VIRAL NEWS, Dela Coffie averred that two consecutive election defeat of the party in 2016 and 2020 general elections was not only a defeat but a rejection of John Mahama, hence the party needs a new leader for the 2024 elections.

"The party presented Mr Mahama for two elections, 2016 and 2020, but the Ghanaian electorates rejected him. We must re-examine our product for the electoral market and present a new product," he said.

According to the youth activist, the NDC must create an enabling environment for a fresh candidate to emerge to propel the party to claw back power in 2020l4.

Dela Coffie's thought on the grim reality of NDC agenda 2024...

It’s quite tricky to capture the correlations of the 2019 NDC presidential primaries, and the forthcoming race ahead of election 2024. But here’s two school of thought within the NDC over the direction of the party and who will face either Dr Bawumia or Alan Kyeremanten in 2024;

The first school of thought says, Mahama ought to be given the opportunity to go for his second term unopposed.

This group believes that he has what it takes to win power for the party in 2024.

On the other hand, others believes giving Mahama another shot at the nomination means automatic relegation of the NDC to the political abyss for a very long time to come.

This group is of the view that Mahama can't win against any NPP candidate and that his nomination by the NDC will signal perpetual opposition for the party.

That brings me to the other grim reality of NDC 2024 politics, Mahama is certainly going to run on the legacy of the four years he served as President while a fresh face is going to come in with a radically different vision for Ghana.

Again, a fresh candidate with a clean background won't have to defend four years of decisions as President.

Then again, we cannot rely on Mahama to get Mahama elected. You've seen the polling data on differences in motivation levels among voters in Mahama's home region in the last two elections.

The statistics paints a gloomy picture. When Mahama was on the ticket in 2012, the NDC lost the North and that’s a fact. The scenario repeated itself in the upper, and the three northern regions in 2020 with NDC vote basket dwindling - The NDC's vote percentages in the upper regions in the last elections underscore Mahama's difficulty in holding onto a sizable number of the NDC base.

It is also interesting to note that for the first time in 2020, the NPP flipped the Mion seat. Anyone who tells you it was mathematically possible for the NPP to win that seat anytime soon perhaps has no idea about the dynamics in that constituency. Even Cheriponi which the NDC won during the by-election in 2009 after the death of Doris Siedu has flipped to the NPP.

And the Damongo seat with its NDC history is gone. As a matter of fact John Mahama's own Bole constituency is literally on a time bomb and can flip anytime to the NPP.

So far, it appears the total votes combined from the 9 out of the 16 regions perceived as the NDC stronghold can deliver only 30% of the valid votes towards a presidential election.

And any further decline in votes, will need a special magic to turn other split regions into NDC's vote basket to be able to win the 2024 election.

To all intent and purposes, the potential candidature of Dr Bawumia as NPP’s candidate for 2024 will have NPP eventually taking over lots of the constituencies in the upper regions.

As the numbers show above, Mahama's problem in 2020 wasn't Akufo-Addo. Instead, it was his inability to expand beyond NDC's diehard support base from 2012- 2020.

In fact, if the 2020 elections proved anything, even beyond the increasing NPP tilt of the electorate, it was that the NDC is losing leverage in the upper regions. Which is why the NDC leadership needs to stop grasping at imaginary straws and embrace new ideas that will propel the party to claw back power.

Intuitive as it sounds, the NDC in 2024 needs to pull it off, especially in the upper regions and then the swing regions. As a matter of urgency, the party ought to get back to basics: accepting the sincerity of activists holding opposing views and at the very least meet them somewhere in the middle. The party desperately needs to do this to have a fighting chance in 2024. Far too many people who should know better are still going through the motions of paying respect to the status quo that Ghanaians have roundly rejected consecutively. And others aren't interested in reasoned argument or facts - Like the proverbial ostrich, they would rather bury their heads in the sand while reality continue to batter them in ways they've never envisaged.

Basically, Dr Kwabena Duffour appears to be the only leading light that's actually switched on in the NDC. He's the man with a big plan as we can all see in his "Ghana dream video"-canvassing support for the NDC. But it remains true that what we need more than either Mahama or Duffour is a united National Democratic Congress.

There's simply too much at stake, and it is beyond John Mahama, Duffour or any of the enablers of the status quo. This is about the survival of the National Democratic Congress.

We cannot wait before taking the bold action that is necessary. In my view, it makes a lot more sense to prevent the collapse of the party than figuring out how we put it back together after it crumbles. Simply stated, that means that everything ought to be done to keep the party in one piece. It also means that we must start demanding that the party embrace ideas that are wildly popular among the Ghanaian electorates.

The NDC rank and file ought to be spending more of their time ensuring that the party do not put up a lame duck candidate who will not only fail to beat NPP in 2024 but sadly keep the party in perpetual opposition. The party have a once in a century chance to make it obvious to the Ghanaian people that the NDC is ready for the future.

May all manner of things be made right. May we see the dawn of a new era in the NDC.