Journalists arrested in Lasanod and Mogadishu 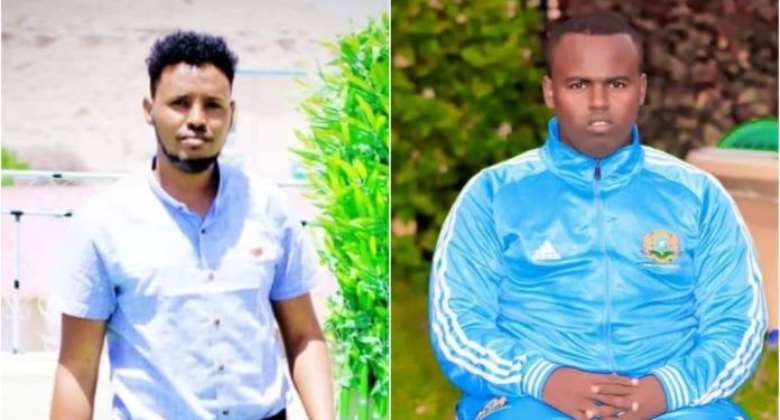 On Sunday 24 October, Somaliland police in Lasanod arrested journalist Abdifatah Mohamed Abdi, who reports for Holhol Media, an online news media, following his coverage on a press conference by a group of the local clan elders who spoke against the women quota in their clan seat for the forthcoming elections of the Lower House of the Somali Federal Parliament.

According to colleagues and family members, Abdifatah was taken to Lasanod police station where he was held until Tuesday 26 October. The journalist’s mother, Asha Hussein told SJS that her son was transferred to Mandhera prison near Hargeisa alongside clan elders who gave the press conference on Sunday.

“I am concerned about Abdifatah’s situation. There have been recurring police threats against him,” the mother added.

On Wednesday 20 October, four police officers from Mogadishu’s Shibis police station raided Radio Hiigsi studio, harassed journalists on duty and detained its director Hussein Ahmed Tifow. According to Tifow, the officers claimed that they were waiting for “payment” from the owner of the building where the radio station locates but after failing to locate the owner, they entered the radio station. Tifow was held at the police station for three hours while his phones were confiscated. He was freed without charge. Radio Hiigsi is a privately-owned independent radio whose editor, Mohamed Abdiwahab Nur (Abuuja), has been held incommunicado and tortured for five months by the National Intelligence officers in 2020 when he was released by the military court.

Shibis police commissioner said he was not aware about the raid on Radio Hiigsi and the arrest of its director.

Meanwhile, Dalsan TV reporter, Mohamed Yasin in Jowhar has been unable to conduct his journalistic work since 18 September when he covered the scuffle at the Hirshabelle Parliament Hall that resulted the postponement of Upper House election in Jowhar. Officials at the Hirshabelle presidency had informed the journalist that his TV was banned from Jowhar.

“We condemn the arbitrary arrests against Abdifatah Mohamed Abdi of Holhol media and Hussein Ahmed Tifow of Radio Hiigsi. We call Somaliland authorities to immediately and unconditionally free journalist Abdifatah Mohamed Abdi and allow him to carry out his journalism without fear of reprisal,” Abdalle Ahmed Mumin, the Secretary General of Somali Journalists Syndicate (SJS) said.

“We call Hirshabelle authorities to lift the ban on journalist Mohamed Yasin, stop harassing him and allow him to independently report from the Hirshabelle State Parliament,” Mr. Mumin adds.

Hottest Photo Reports
Catch up with all the political quotes from our politicians.
Advertise here
More Somalia
ModernGhana Links
Panel Discussion on Safety of Journalists and Human Rights Defenders during the Elections concluded in Mogadishu
Veteran journalist assassinated in Mogadishu suicide attack
State media director killed; others injured by a suicide bomber in Mogadishu
Widely Condemned Eviction And Deportation Of Southerners From Self-Proclaimed Republic Of Somaliland
Federal Government Of Somalia Had Set Seven Days Ultimatum To Africanunion Envoy To Absquatulate The Country
Long-Delayed Polls For The Lower Chamber Of The Parliament Hadfinally Kicked Off
Universal Suffrage That Will Destigmatize Semi-Autonomous Region Of Puntlan
Journalists trained and poised to report on Somalia’s ongoing elections
At Least Scores Were Slain in Guri-El as Somalia Troops Battle with Moderate Islamist Rebels
TOP STORIES