Incubus and Succubus: is there accidental love? 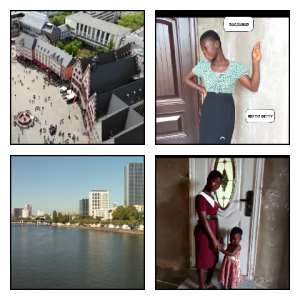 By the power of modern gadgets, Succubus called Incubus the early morn of Tuesday, 26th October, 2021 AD, from her Mountaintop abode at Goka in the Bono region of Ghana. She sounded pleased in her voice. It was her birthday.

Incubus responded more pleased in his voice too from his end of the opposite side of the chain-mountains.

Both praised each other for the show of their prowess in the previous night's conference held in a heavenly chamber.

There, they held themselves together and enjoyed each other's warmth in a sweetest fantasy - sweat to sweat. Mouth to mouth, saliva for saliva, breath exhaled at one end is inhaled at the other end as the very oxygen the lungs craves for, and make the heart beats.

Succubus is miles away from Incubus, and the valley that separates them is deep and fierce.

But nights, as the previous night, their distance is bridged, and fears killed.

Fluids that make foetus in woman's womb, and make Sires in men, show for their testimonies when the light of the dawn reveals to them their copulation was a nightmare.

Indeed, Succubus and Incubus are spirits. Love them or hate them, you'll curse whoever give you a rude awakening if you're a real man with all the manly qualities, and a Succubus give you her nightly visits.

In that phone call as foretold, a spirit, a Lord God, relates testimonies poured from the very mouth of a formidable Succubus, a Gracious Getty, a winged God far seated on a High Mountain at the holy grounds of pilgrim's pride Goka. She longs for the next night, and in that same chambers, her Lord she'll fly to meet for another memorable tryst.

_Nothing can hinder the currents of love. Hail to thee you all consummate lovers, Kings and Queens, let's love on._

As related in the love affairs of Incubus and Succubus, Ghana's Republic was not built on a unitary dictatorship by one group of elites Ghanaians led by Kwame Nkrumah in the Big Six, whose only inordinate goal was to subjugate one tribe or any kingdom. Those of us who do make today's Ghana upon independence had our individual courses to fight for, and many of us (ethnic groups) were more resourceful to have held on on our own unaided by a neighbour in a future Ghana or the regional sisters in Togo, Benin and Nigeria.

Bono, where I am from placed into the custody of the newly formed central government our patented artistry, vegetation and vast mineral resources, so did the Ashantis, Fantes, Akyims, Gas, Northerners and even the Voltarians, amongst whom some secessionists reared their ugly heads lately, to start a guerrilla warfare that when allowed to fester will not just plateau, but derail our new-found path to development. Can we dare say it's a good riddance the demise of Papavi the architect behind the unglamorous separatists?

Like Incubus and Succubus, there's nothing like accidental love making, it's enjoyed by both when it was done without even detailed plans.

It's either the Western Togolanders stay and contribute to the fantasy of our love affairs as a United Ghana, or the Commander in Chief handed with the _Akofena_ (Sword of power) crash them into oblivion, or we the Bonos advise ourselves and start agitating for our artwork, which is the Akofena, first made by our artisans in the old Bono Empire.

I say this as a proud Bono who wish well for a United Ghana in her march to the Promised Land. What would be thought of and act upon by other tribes hereafter should be the concern of the Chief Executive of our Republic, H. E President Nana Addo Dankwa Akuffo Addo, who has been presented with an unfettered mandate by the Ghanaian people to protect the Republic against divisionism.

Ghana's boundary and sovereignty is unalterable!!!

Happy birthday to my princess Getty, a pupil of Sarah Donkor School, Goka.