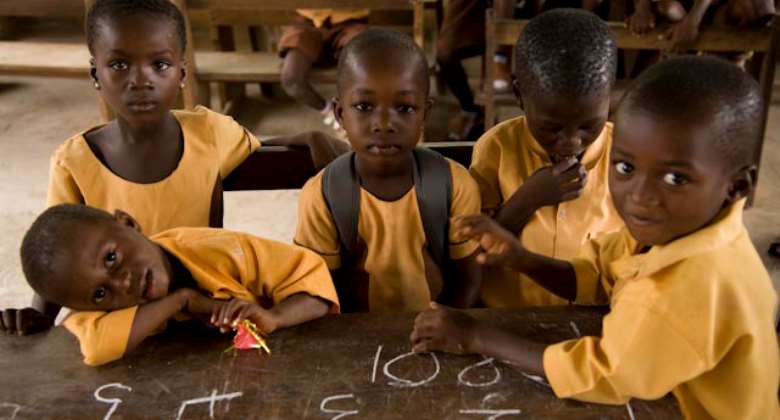 Ghana’s education system has largely maintained its colonial roots: uprooting children from their homes and filling them with foreign cultures. As a result, the youth have been conditioned—through this system—to choose what is novel (whether inferior or mediocre) over the known, “English” over “native”, and White over Black. It is, therefore, abundantly clear that the time is long overdue for a new education system. To move forward, however, we must understand what got us here.

During the colonial era, the purpose of Ghana’s education was to “make civilization march hand-in-hand with evangelization”. The European merchants established schools in Ghana to educate their children. Later, when the Basel (and other) missionaries arrived in the early 1800s, they found education to be the most effective medium for evangelization: they trained religious ministers to help propagate the gospel while systematically Christianizing Ghanaian children through their established schools.

After establishing its colonial foothold in Ghana, the British Empire continued to establish schools. From the late 1800s to the early 1900s, comprehensive semi-national (because most of the northern territories were ignored) educational programs were adopted. This led to the establishment of the consequential Achimota School in 1927, subsequently leading to the establishment of the University of Ghana, Legon in 1948. Several vocational, technical, industrial, and professional schools were also built around the time leading to independence in 1957.

However, it must be noted that these schools were not necessarily built to improve the socio-economic conditions of Ghanaians. Several historians have indicated—and rightly so—that the purpose of the colonial schools was to establish a small group of elite Ghanaians to serve as conduits to further entrench colonial domination. These schools essentially alienated the youth from their culture: Christianity replaced the African religions; colonial governments eventually replaced traditional chiefs and kings; foreign languages replaced the basic cultural identity. And all these were facilitated, among other things, by the colonial education system.

Thus, the purpose of education during the colonial era was “to ‘produce a type of student, who is Western in his intellectual attitude towards life, with respect for science and capacity for systematic thought, but who remains African in sympathy and desirous in preserving and developing what is deserving of respect in tribal life, customs, rule and law”. But whereas the first objective of westernizing the Ghanaian youth through education has been met, the goal of maintaining the Ghanaian culture might never be achieved should we continue this route.

For example, Dr. Busia, a former Prime Minister, did not mince words about what colonial education did to his identity and sense of self. According to Dr. Busia, “at the end of [his] first year at secondary school..., [he] went home to Wenchi for the Christmas vacation”. But to his astonishment, he now “understood [his] community far less than the boys of [his] own age who had never been to school”. And “Over the years, as I went through college and university, I felt increasingly that the education I received taught me more and more about Europe and less than my... society”.

A quick survey in our universities and colleges today, for example, reveals how foreign the Ghana education system is: many lecturers sell handouts that have been photocopied from foreign textbooks. This, however, is not to say that Ghanaian students should not read foreign books. But what are the practical implications of the four seasons (winter, spring, summer, and autumn) in a geography textbook for Ghanaian students when they can only make sense of dry and rainy seasons? What is the use of an architecture textbook written for a New England college where most of their houses are built with lumber for a Ghanaian student? Can the Russian economics textbook solve Ghana’s economic problems? Probably not!

The alienation of the Ghanaian youth through the education system has been exacerbated by the method of instruction in the schools. Many educators in Ghana have been made to believe that children are profoundly ignorant. Therefore, they must fill them with the knowledge and necessary information needed to navigate this world. But that is not true. Children come to school with rich life experiences. And with the needed support from teachers, can connect their folk knowledge and preconceptions to ensure enduring learning and the acquisition of effective skills needed to live meaningfully and creatively. Ultimately, this will change the chew, pour, pass, and forget system.

Despite enormous evidence suggesting the superiority of the latter to the former, the education system continues to be dominated by the former. And since most of what the Ghanaian youth learn in school are the product of western culture, Ghanaian cultural values are lost. Every society, according to John Dewey, “seeks to preserve its existence by passing on to posterity the things which have maintained itself”. The challenge in the Ghana education system is that indeed something is being passed on to posterity, but not the Ghanaian culture and not what has sustained its people for centuries.

There are countless teenagers, for example, currently walking on the streets of Ghana without a minimal understanding of any of the numerous local languages. Some parents have convinced themselves that an impeccable English language is the best thing they can give to their children—not their Ghanaian heritage. Some primary school campuses have signposts that read “no vernacular”. English is privileged over local languages. Politicians are mocked for not speaking like Queen Elizabeth when they’re not the high commissioners to the United Kingdom. Even if they were, we seldom see the Chinese or Russian diplomats speaking English to their counterparts. And why would they?

Of course, Ghanaians have benefited immensely from the western intellectual tradition such as modern medicine, technologies, scientific discoveries, and the current political system.

Ghana’s system of government is anything but democratic. It is an amalgamation—and a poor one indeed—of the American and British systems, with little to no Ghanaian cultural semblance. The president is like an elected monarch who does everything, and parliament has become a rubber-stamp to the whims of the Executive branch of government. The electorates indeed vote every four years, but they have been allowed to do so because their votes don’t count, anyway.

The democratic guardrails (checks and balances, and the rule of law) are almost non-existing. Electorates vote and the winner takes all. So the country is plunged into hyper-partisanship and ridiculous political rhetoric. Some of these politicians have become elected monarchs making slaves of the ordinary people through neck-breaking taxes and rampant corruption, instead of representing and serving the people who elected them. Thomas Paine thought democracy could give liberty to the people because it takes power from the princes, but he also indicated that the King, however objectionable he may be, ought to be preferred to a non-representative parliament. Obanyansafoo yebu no be, yennka no asem (The wise is spoken to in proverbs, not plain language) says the Akan proverb.

The worst of all is that whereas most of the Ghanaian cultural elements are gradually being shredded, others that seeks to maintain power such as unearned respect for authority and generosity to forgive in the face of enormous evidence to retaliate, seem somewhat intact. So as people continue to grow selfishly, corruption in government and non-governmental institutions goes unpunished. The Ghanaian’s subservient attitude towards authority (a cultural heritage that has miraculously evaded the onslaught from the colonial education system) has weakened the institutions that are supposed to check the human corrupt impulses.

Unemployment—especially among the youth—has reached astronomical proportions, corruption has run amok, mediocrity has become synonymous to Ghanaian politics, and hopelessness is probably the worse epidemic in Ghana. And if lucky Dube was right that education is the key—and he was—then Ghana’s education system has been the key that has locked at lot of human potentials. But the same education system, when deliberately and intentionally redesigned, can be the key that unlocks human potentials to meet present and emerging challenges.

Indeed, things can be made better: mediocrity can be weeded out, patriotism and love of culture can be inculcated into the youth, and unemployment reduced drastically, but not until Ghana’s education system is redesigned. Curriculum must be made culturally relevant (i.e., aimed at solving local problems), local authors and textbooks must be patronized and well-resourced whenever needed, universities of education must be tasked to do their jobs: study effective instructional methods, develop effective metrics to measure students learning, and take charge in curriculum development and textbook publications with the lens of Ghana’s cultural heritage.