By Active Ladies of NPP 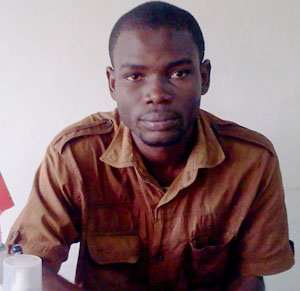 A video content of a statement by a 2020 independent Parliamentary Candidate in the Sunyani West Constituency, a self-acclaimed former New Patriotic Party (NPP) youth activist and a current member of the National Democratic Congress (NDC) in the Bono region by name Bernard Oduro Takyi (B.O.T) against Dr. Owusu Afriyie Akoto, Minister for Food and Agriculture has been observed hovering around social media platforms.

The so-called Agripreneur made the allegation during a live telecast of a programme aired by a Pro-NDC television station called XYZ. During the programme, the man by name Bernard Takyi alleged that, the Minister for Food and Agriculture clandestinely deterred him from establishing a fertilizer factory in the Sunyani West District in the Bono region.

It is worthy of note that, a careful analysis of the entire statement by Bernard Takyi does not only point to it that the content of his statement is whimsical, harebrained and an intent to deceive, but, it as well indicates the ignorance of the alleger regarding the Fertilizer industry and an establishment of a Fertilizer factory, and so, the result of his ineptitude to even concoct a productive propaganda to successfully execute his predetermined mischievous agenda.

In furtherance, if not an ignoramus regarding the establishment of a fertilizer manufacturing plant, none will even consider siting such a factory in Sunyani West when the basic input for the manufacture of fertilizer; natural gas, is found offshore in the Western region. Since 2018, fact-checks have revealed that, the Government of Ghana has been in discussions with potential investors abroad to establish a fertilizer manufacturing plant at Jomoro in Western Region using the Nation’s newly found gas discoveries by Tullow, among others. In addition, it requires a minimum of 1.5 Billion US Dollars of investment to set up such a factory.

From the foregoing diagnosis and analysis, it can be concluded that, the assertion of the NDC activist is nonsensical, incongruous and pure NDC propaganda packed. In view of that, Bernard Takyi must be disregarded, and his allegations be treated with the utter contempt they certainly deserve.

COVID-19: Government to announce more measures ahead of Chri...
41 minutes ago