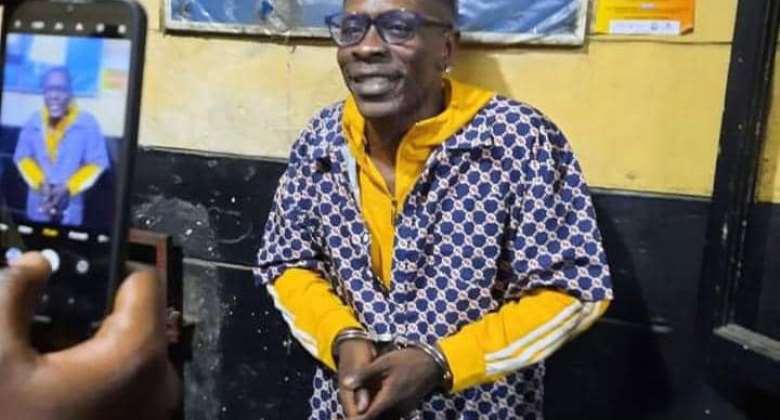 Youth for Peace and Security Africa, YPSA, has begun the process to join the case in defense of fairness, equality, Shatta Wale and the general citizens of Ghana before the law. If you believe in a course , human rights and democracy, you need no invitation to join.

1) To make sure Prophets and Pastors, fake or real, are stopped from recklessly making public death pronunciations against citizens, and are punished for the Fear and Panic their so-called prophesies cause to the mental health and businesses of their victims.

2) To make sure the police do not abuse their professional procedures and power in enforcing the laws, arresting suspects.

3) To make sure Bail is not weaponized and use to abuse basic human rights and to punish those the court and the police systems can not punish legally.

1) Faking your own death is not a crime in Ghana. Shatta Wale, faking his own death does not directly or indirectly affect the life of anybody. People may be sad and angry but those did not translate into causing fear and panic; hence it is baseless to accuse him of causing Fear and Panic.

2) There was no court issued warrant for Shatta Wale’s arrest. After he voluntarily visited the police station to present his side of the story, he was arrested by the police, handcuffed, pictures were taken of him with the handcuffs and shared on social media as a criminal. That was unprofessional of the police. The police cannot be allowed to break the law to enforce the law. His rights to human dignity, liberty and mental health were violated grossly. It hurts his professional image, brand and business.

3) Shatta Wale was not accused of a nonbailable offense, it was unfair that he was not availed any option of bail but remanded, his rights to free movements was violated while he is still innocent and yet to be proven guilty.

Immediately withdraw your directive to Goil; it's dangerous ...
3 minutes ago