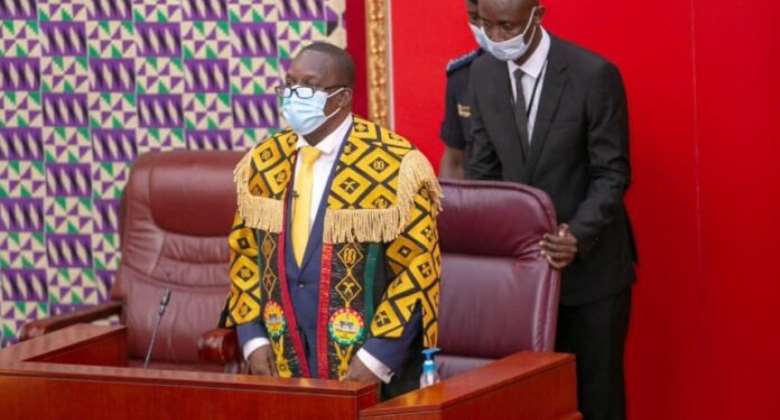 Speaker of Parliament, Rt. Hon. Alban Bagbin has disclosed that his outfit will ensure the anti-gay law currently before the House is passed into law by simply applying common sense.

Some Members of Parliament including Ningo Prampram MP Samuel Nartey George are championing the passing of the bill into law although there are opposition from some educationists, lawyers, and international bodies.

Addressing Parliament after resuming sitting on Tuesday, October 26, 2021, Alban Bagbin has called for tolerance of different views when debating the LGBTQI+ bill.

“In fact, it has assumed some different dimensions. For me, this is healthy for a maturing democracy like Ghana. It is important we allow various shapes of opinions to canvass their position on the bill. As Ghanaians, I want to plead that we accommodate the views of others on whatever perception they have and let’s maintain the peace that we have,” the Speaker of Parliament said.

According to him, Parliament will not only exhaust all necessary issues on the table but will also employ the use of common sense before the bill is passed into law.

“It is a law that will take into consideration the richness of common sense, human decency, morality, fact and logic. At the end of the day it will be a law that will transform this country into something else.

“I know Ghanaians are expectant and there are over hundred petitions before the Committee of Constitutional, Legal and Parliamentary Affairs. But we will try not allow any Filibustering of this bill. Because it is not only Africa, the whole-world is looking for the outcome of this bill,” Rt. Hon. Alban Bagbin noted.