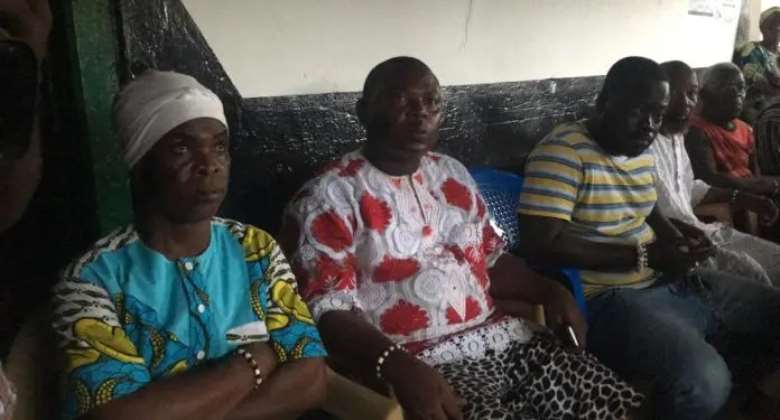 The family head of Kley Wetsotse Clan, Nii Otu Sei Klo has been assassinated at the shrine of the family.

According to the information gathered, he was shot and killed on the dawn of Tuesday, October 26, 2021, while performing some rituals at the family shrine.

At the time of the incidents, he was in the company of some other two elders of the clan. Although they escaped the attack but sustained gunshot wounds and were rushed to Tema General Hospital

Sources says the incident has something to do with a chieftaincy dispute in the area with checks revealing that Nii Otu Sei Klo was with the Annerway Royal Gate.

With the subsequent discharge of the two who sustained gunshot wounds, the police have taken up the matter and already conducting investigation to bring the killers of Kley Wetsotse Clan family head to book.

Meanwhile, the Commander of the Tema Regional Police Command of the Ghana Police Service, DCOP Barima Tweneboah-Sasraku II, has led a delegation to visit the family of Nii Otu Sei Klo to extend the condolence of his outfit.

Latest Photo Reports
Catch up with all the political quotes from our politicians.
Advertise here
More Social News
ModernGhana Links
Rise to resist oppressive E-Levy just as is stated in the national anthem — CFELAG to Ghanaians
Slow pace of work at the Essipon Sports Stadium worrying – Residents
Mob attacks police for preventing lynching of murder suspect at Wassa Pewuako
National Peace Council calls for truce over 2022 budget brouhaha
Security guard killed at Chorkor
You can be dragged to court for makking too much noise during sex — Lawyer
Group to protest GHS509 deduction from teachers’ allowance for laptops
Covid-19: Health workers are tired, get vaccinated to protect yourselves – Dr. Nsia Asare
GNAT, NAGRAT and CCT behind one-teacher, one-laptop initiative – NAPO
TOP STORIES

Thank you for the wonders of Ghanaian culture, tradition — S...
8 minutes ago