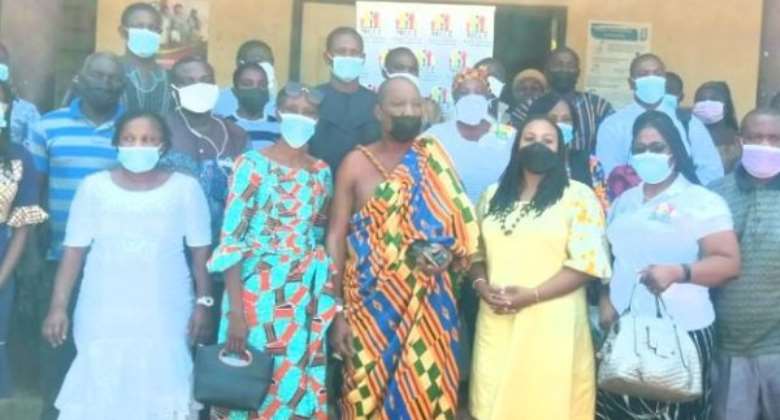 She also charged the youth to desist from all sorts of violence and report to the authorities any suspicious characters within their communities.

She said development could only take place in an environment of peace and unity while violence destroys both lives and properties and leaves the state poorer.

Mrs Annan was speaking at a programme organized by the NCCE Ningo-Prampram Directorate and the Ministry of National Security to educate Ghanaians on national cohesion.

The sensitization programme, which was on the theme: “Empowering Ghanaians to stand for National Cohesion and Inclusive Participation,” sought to enlighten citizens to live in peace and harmony.

Mrs Annan said the security services were poised to protect the citizenry and urged the public to be law-abiding by promoting peace and unity wherever they find themselves.

She said some challenges could be resolved through the Alternative Dispute Resolution (ADR) mechanism and advised the people not to take the law into their own hands but report to the police to deal with perpetrators.

She said the NCCE had put together a documentary for people to watch the impact of extreme violent activities and war on a country.

Ms Josephine Nkrumah, NCCE Chairperson, said the Commission had been mandated through the 1992 Constitution to educate and raise awareness on its objectives and principles.

She said when such principles and values were inculcated in the youth, they grew up to be responsible citizens.

She said the Constitution had also mandated both the state and the citizenry to work towards fostering national cohesion.

“Chapter six, Article 14 of the 1992 Constitution has mandated both the state and the citizenry, so irrespective of the party in government, the interventions and policies of the law must foster National Unity,” she added.

She said that peace was essential for the development of the country and called on Ghanaians to endeavour to abide by and protect the Constitution.

Mr Oppong Mensah, the NCCE Director for Ningo–Prampram, urged the participants to share the message of peace and unity in their various communities.