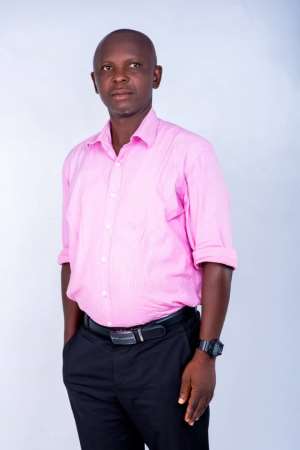 He replaces Nana Kwame Baah Nyantakyi, the Mmranteehene of Area One, a suburb of Sunyani.

Mr. Ofori’s appointment is contained in a letter signed by the Board Chairman of the Club, Nana Yaw Amoako II.

It further said “your usual co-operation is being solicited for as we wish you well in your endeavours as the Chief Executive Officer of the Club.

Also called “the Apostles of Soccer”, B.A United last played in the Ghana Premier League in 2014/2015 season and have since been wandering in the First Division League hoping to return to the premier league.

The new CEO is expected to team-up with Management and the Coach as well as the players to galvanize the support base of the Club and work around the clock to ensure the qualification of the club into the premier league, which is the main expectation of supporters.

He told our reporter in an exclusive interview that he would undertake broad consultations with stakeholders all those who matter in the development of the club to chart a new path which would yield better results.

He called on everyone who has the interest and the welfare of B.A United at heart, especially the supporters, not to throw their hands in despair but to continue to rally behind the team for a better tomorrow.

Mr. Alex Ofori, who until his appointment was a Board Member of B.A United F/C, is currently pursuing his Doctor of Philosophy (PhD) in Human Resource Management from the Kwame Nkrumah University of Science and Technology (KNUST).

He holds a Master’s Degree in Human Resource Management from the University of Leicester, UK and a degree in Law and Economics from KNUST.

He is also a product of the Kumasi High School in Kumasi.

Mr. Ofori has in the last three decades gathered vast experiences in Business Management, Human Resource Management, Education and Politics, among others. He has several research papers to his credit.