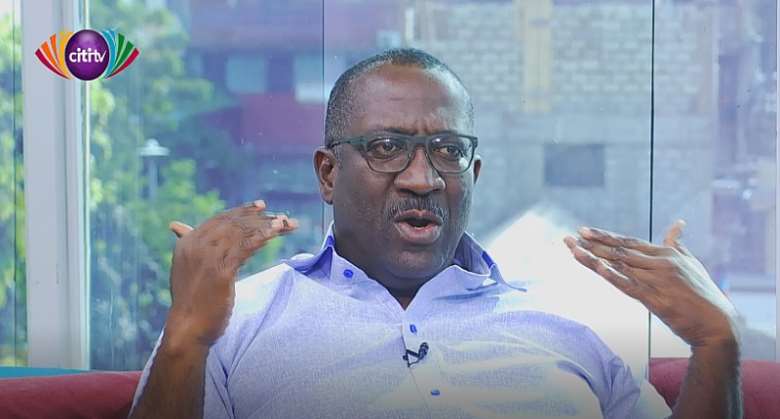 The Chief Executive Officer of Citi FM/Citi TV, Samuel Attah-Mensah (Sammens), wants the President, Nana Addo Dankwa Akufo-Addo, to relieve his ministers who have whether officially or unofficially hinted of their intentions to contest for the party’s flagbearership race into the 2024 elections of their posts.

According to Mr. Attah-Mensah, such persons may lose focus on their core mandate if they’re not made to step aside for others to be given the opportunity to help the government execute its agenda of alleviating the plight of Ghanaians and improving the economy.

“What I find wrong is the fact that you have an agric minister who wants to be the next president, who probably is not focusing on his work at the ministry. I think that the people who are in such positions who have declared that they want to be presidential candidates, the president should remove all of them from office, starting with the agric minister,” he said.

Though the NPP is yet to announce a date for its presidential primaries , some bigwigs including the Vice President, Dr. Mahamadu Bawumia, Trade Minister Alan Kyerematen, and Agric Minister Dr. Akoto Afriyie are reported to have exhibited their interest.

“They should be removed from office so that they can concentrate on their campaign and the bid to be president so that people who want to help the president to achieve his mandate can come and do the work,” Mr. Attah-Mensah added.

Recently, President Akufo-Addo, who met the Asantehene during a tour of the Ashanti Region, teased the Trade and Industry Minister, Alan Kyerematen and Dr. Akoto Afriyie on their presidential ambitions .

The Citi FM/TV boss made the remark on the Breakfast Daily programme on Citi TV on Tuesday, October 26, 2021.

He was speaking when issues regarding the ongoing security services recruitment exercise were being discussed.

The conversation was situated within the advice given by the Minister of Finance, Ken Ofori-Atta, to tertiary graduates to go into entrepreneurship instead of seeking government jobs because the payroll was full.

The Finance Minister said, about 60% of government revenue was being used for paying public sector workers.

The Citi FM/TV boss believes the agric and tourism sectors hold the key to solving the country's scary unemployment levels.