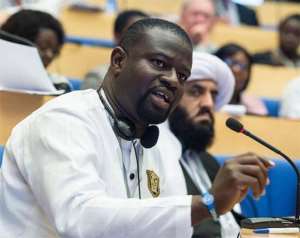 The LGBTQI discussion has taken a center stage in the country with a chunk of Ghanaians calling on the President, Nana Akufo-Addo, and Parliamentarians to reject the Anti-LGBTQI bill currently under consideration.

The Nsawam/ Adoagyiri Member of Parliament, Annoh Dompreh explaining the Parliamentary duties on the bill noted that “the committee will come out with their report but it has to go through processes before it is passed into law or not.

He stated on Oman Fm that ” I will call on the people who are much interested in this debate to exercise patience and allow Parliament to work as the law says”.

He continued that, “It is going to be action-packed and a very busy sitting this time starting from Tuesday, October 26, 2021. This is not an existing bill to make an amendment, it is an entirely new bill and more so, a private members bill”.

He concluded that “We are making a law that will regulate in many years in Ghana and so, we need to see to it what will happen in the future and the repercussion as against the International law, constitution, and others. So, Ghanaians should exercise patience for us to do due diligence with the matter”.