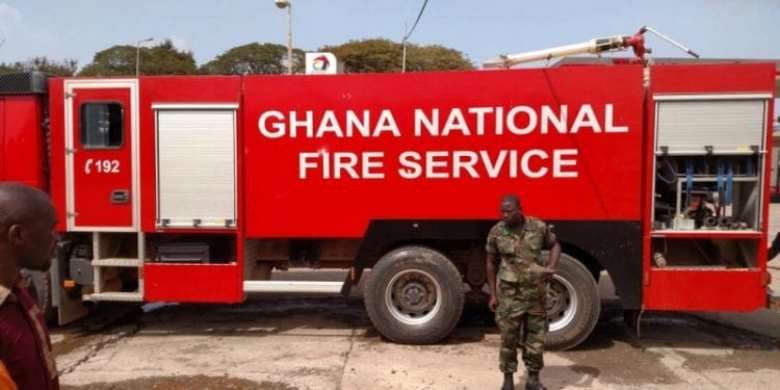 In an attempt to restore order at the James Town Fire Training Centre of the Ghana National Fire Service (GNFS), where the current recruitment into the Service is ongoing, personnel had to resort to what they termed as 'minimum force' to ensure discipline at the centre.

On Tuesday morning, there was near-chaos when thousands trooped to the venue to get screened into the Service.

A potential recruit who claimed she got to the venue at 1:00am on Tuesday explained to 3FM Sunrise host Alfred Ocansey that “they were proving stubborn”.

“They asked them to push back and they refused so they used the baton to push them back to instill discipline in them and in the place.”

She added: “I got here at 1am and around that time, there were about five hundred people in the queue”.

“They are sitting on the ground because there is no chair so they asked us to sit on the ground. They asked some of us to pick rubbers and sachet”.

The potential recruit continued: “I spent time in a guest house and came back at 1am. I don't have a number. I am just in the queue and they are now attending to those who they could not attend to”.