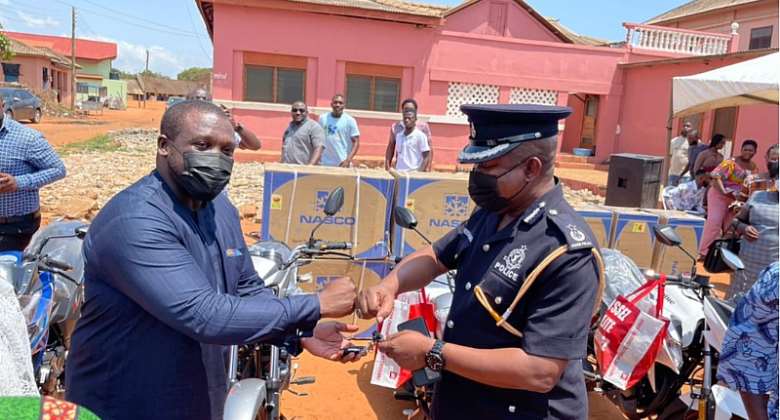 The Police have asked politicians and traditional leaders to stop pleading for suspects who have been arrested for various offences.

He said these after the Member of Parliament for Ningo Prampram, Samuel Nartey George donated motorcycles to the Tema Regional Command Police to assist them in their work.

In all, the police in the past four years have received some 20 motorbikes and a Navara pick up from Sam George to aid them in fighting crime.

He also donated some Air conditioners to the Ningo Prampram Fire Service and the traditional council to help their work.

The Ningo Prampram area has become a crime scene. The Police say their main challenge in fighting the crime is the deplorable road network which makes it difficult for their vehicles to move around.

“We have this saying that if it is not me I don't care. So if you are a chief, an MP or the assemblyman, I can go and plead for somebody who has been arrested but you have forgotten the person could do it to your brother, to your family member or any other member of the community and if we continue pleading for them, these are the very people who will come to harm us.

“It is very pleasing to know that Honourable Sam George has not, so far, for the one year I have been here, come to plead on anybody's behalf that because this person did this pardon him or don't let us go to court.

“I appeal to all our members that if family members or even if our own children do something wrong we should let the law work for us to have sanity in our system.”