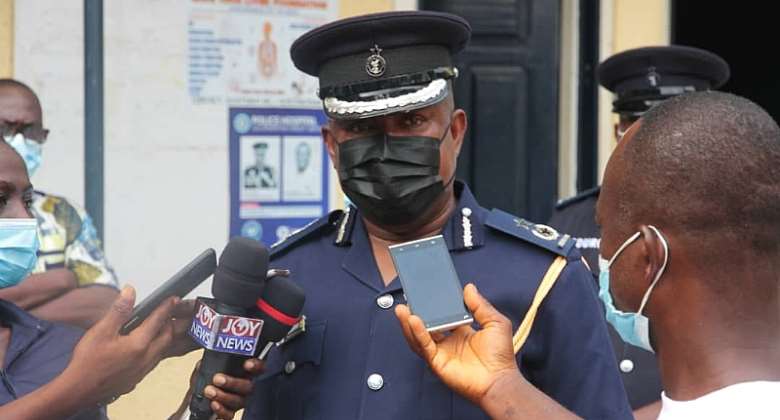 The Tema Regional Police Commander has appealed to traditional leaders, opinion leaders and influential persons in the area to allow the law take its due on persons arrested for various crimes.

Deputy Commissioner of Police (DCOP) Barima Tweneboah Sasraku who made the appeal said the very people they plead for to be released can turn around to hurt them someday.

“I appeal to all our members that if family members or even if our own children do something wrong we should let the law work for us to have sanity in our system.

“We have this saying that if it is not me I don’t care. So if you are a chief, an MP or the assemblyman, I can go and plead for somebody who has been arrested but you have forgotten the person could do it to your brother, to your family member or any other member of the community and if we continue pleading for them, these are the very people who will come to harm us.

DCOP Tweneboah Sasraku said this during a donation made to his command by Member of Parliament for Ningo Prampram, Sam Nartey George.

The MP donated motorcycles to the Tema Regional Command Police to assist them in their work.

This adds up to about 20 motorcycles plus a Navara pick up from him to aid them in fighting crime.

He also donated some air conditioners to the Ningo Prampram Fire Service and the traditional council to help their work.

DCOP Tweneboah Sasraku expressing gratitude to Hon. Sam George noted that their main challenge in fighting crime in the area is the poor road network.

He also took the opportunity to commend the MP for not obstructing their work in the one year he has been commander of the area.

“It is very pleasing to know that Honourable Sam George has not, so far, for the one year I have been here, come to plead on anybody’s behalf that because this person did this pardon him or don’t let us go to court,” he said.

COVID-19: Government to announce more measures ahead of Chri...
29 minutes ago