Anti-gay bill: Our numbers have reduced from 15 to 8, NPP MPs asked to stay away — Dafeamekpor 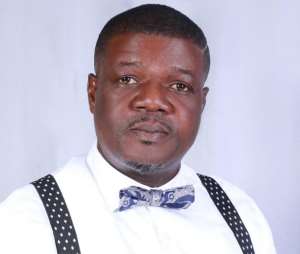 Member of Parliament for South Dayi constituency, Rockson-Nelson Dafeamekpor has alleged that all New Patriotic Party (NPP) members with whom they started the anti-gay crusade have been asked to exit the group.

He said only Hon. Rev. John Ntim Fordjour, Assin South Constituency MP from the NPP side is still with the group.

The South Dayi lawmaker noted that the actions of their colleague MPs from the Majority side question the commitment of the NPP in the fight against the LGBTQI+ in Ghana.

He accused President Akufo-Addo of ‘blowing hot and cold’ on the ongoing LGBTQ+ debate in the country.

"Initially, we were about 15 MPs who were behind the anti-LGBTQ+ Bill, but now, we have been reduced to 8 MPs. All of them were asked to go away and not to sign the bill, but we don't want to do politics with this," he stated.

According to him, the President has never been able to state explicitly whether he is for or against legalisation of LGBTQ+ in the country.