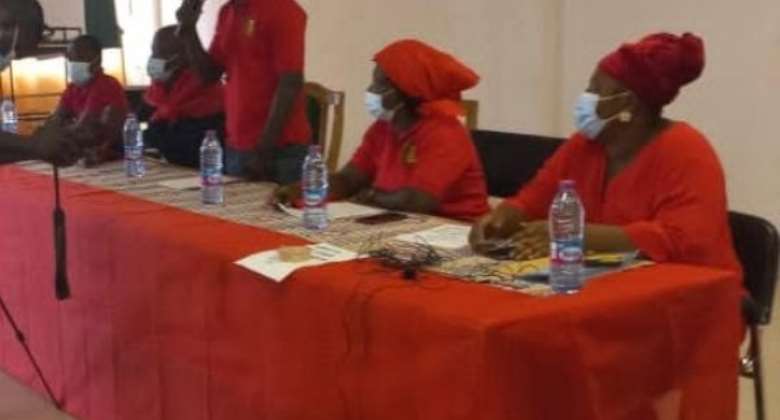 Leadership of the Upper East Regional branch of the Health Services Workers Union (HSWU) has indicated its readiness to join the intended nationwide strike action scheduled for October 26, 2021.

The HSWU earlier served notice to its members to wear red bands from October 20, 2021 to October 22, 2021 in protest against what they described as “unfair treatment” against them.

Addressing a news conference in Bolgatanga, Mr Ziblim Abdul-Latif, the Regional First Vice Chairman of the HSWU of the Trade Union Congress (TUC) Ghana, told members that “From tomorrow 26th October, 2021, please stay at home till you hear from your leaders.

“Your resumption to duty will depend on the government team calling on the Union team to negotiate in good faith and conclude on all outstanding issues,” Mr Abdul-Latif told members in the Region.

He said members of the HSWU had been patient enough with the employer, and had over the period sacrificed to deliver their services irrespective of the “unfair” treatment against them.

The First Vice Chairman noted that the HSWU did not wish to cause industrial disharmony and disrupt the smooth delivery of the health services, saying “Continuous disregard by the government team to respond to our simple request has pushed us to the wall.”

The First Vice Chairman noted that team work was the fundamental principle which drove the health sector, and said “Government has deliberately decided to cause segregation and disharmony within the health fraternity.

“This assertion stems from the fact that the collective agreement between the HSWU and the government has since 2016 not seen any proper implementation.