The Psychosocial Impact Of The Recent Murder Cases In Ghana 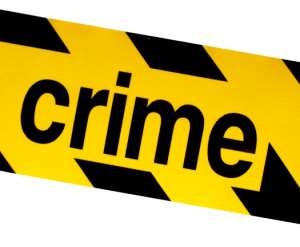 Observers, they say, are worried!!!

Media reportage on rising murder/suicide cases in the Ghanaian society is a source of worry and concern to all well-meaning people not only in Ghana but across the globe.

For the avoidance of doubt, let me painfully refresh our memories on just a few of some murder cases as vividly captured and reported by the media specifically Citi NewsRoom, one of Ghana's leading websites in contemporary times:

Data from the Statistics Research and Monitoring Unit (SRMU) of the Criminal Investigation Department (CID) of the Ghana Police Service indicates that some 306 murder cases have been reported to the police from January 1 to June 30 this year, of this number, some 261 are males while 52 are females. The report indicated that 313 cases were reported but only seven turned out to be murder. The report also indicated that in the period, though some 313 cases were reported to the police, they established that only 306 were actually murders, after investigation. Out this, the first quarter alone of this year 2021, recorded 144 murder cases- Interior minister (May 20, 2021)

Ironically, these do not include the 2,126 persons killed on our roads from January to September 2021 as recently announced by the National Road Safety Authority.

Regrettably, observing the ongoing public discourse on these unfortunate losses of precious, productive and avoidable lives, what is conspicuously missing is an effort to assessing the psychosocial impact of such killings and hence this write-up seeks to close that knowledge gap and to demonstrate to need for a holistic psychosocial support system that can help victims recover from their traumatic experiences.

To begin with, a victim of a crime like murder may possibly experience many different kinds of effects including psychological and social consequences.

Indeed, feelings of anxiety through shock that such a death has happened and worries about re-victimization, sometimes leading to feelings of loss of trust in the criminal justice systems as well as one's community and hopelessness in society at large.

Some victim sand families, depending on the community they find themselves would be strongly stigmatized despite the ordeal they may be going through psychologically especially the spouse, children and other dependents of such victims. This could happen in the family, community, market places and other social gatherings.

The social effects of the ongoing gruesome murder cases may include direct costs and inconvenience due to theft or damage to valuable property, and physical effects of injury through violent crime or from avoidable accidents.

Spouses will begin to have spousal in their marriages in an event of any conflict and misunderstanding among them which would go a long way to complicate their relationship since either side is a potential victim of murder.

The situation could further result in limiting one's social life style, social isolations, avoidance of people and lack of interest in undertaking one’s daily activities because of uneasiness. The helpless public may also take extra crime preventive measures by engaging in instant mob justice which may be a recipe for disaster since innocent people may be killed in the process of such retaliatory attacks.

Therefore, couples and families should always not overlook minor threats to their lives and strange behaviours especially hostility of their spouses and family members. Ghanaians are naturally problem solving people and in most cases couples stay in their marriage at the peril of their lives just because of their children as a result try to ignore threats to their own lives in other to keep the family and marriage going for the sake of the children.

People should be interested in their psychological and mental well-being and others by seeking help from mental health professional in other to solve problems affecting their psychosocial and emotional health.

The media, traditional leaders and religious bodies should intensify their campaign against such cruel and barbaric act in the society and assist people to get the appropriate assistance from the right professionals rather than using murder as their last resort to resolving intrapersonal conflicts and interpersonal conflicts among themselves. People should not take things for granted when they are threatened with words like you will see, I will kill you or I will kill you and also die because the mouth communicate the intensions of the heart and mind.

These institutions should also give prominence to the discussions on the murder cases in the country just as the prominence given to the LGBT+ issues which has gained some amount of interest among the Ghanaian populace.

In conclusion, though the spillovers of the COVID-19 pandemic have been partly implicated for the recent gruesome murder cases, we need to equally pay attention to the psychosocial impact of the situation in order to offer holistic interventions that would help victims recover from their traumatic experiences most especially the victims of murder and immediate family members who bears this innocent brand.