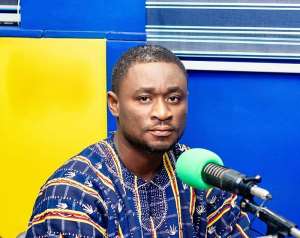 The Deputy Public Relations Officer for the Ministry of Education, Yaw Opoku-Mensah has said the E-block project started by the erstwhile NDC government was a hastened political decision without a proper plan.

According to him, if they (NDC) had employed all the necessary measures, they should have completed if not all at least 90% of the schools by the end of 2016.

He indicated that the NDC purportedly created the narrative that it constructed 200 Community Day Senior High Schools when in reality was far-fetched.

In reaction to the recent public comments about the state of the E-blocks on Wontumi TV Morning Show, the Deputy Spokesperson rubbished the claims by the Minority in Parliament that the current government has abandoned the E-Blocks to rot.

“Let me establish this fact here, the NDC never awarded a contract for 200 E-Blocks but rather 124 of them. Even with that, since its inception from 2014 to this period, only 60 of the E-Blocks have been completed. And out of the 60, the NDC before leaving power in 2017 had completed 29 of them to which the NPP government has completed 31 of the E-Blocks since 2017,” he stated.

Yaw Opoku-Mensah noted that the claims by NDC is nothing but to discredit the Free SHS policy by the NPP government.

According to him, building schools far away from the people is an indication that the NDC had no proper thinking.

"Building schools in those distant areas without a feasibility assessment as to whether the students can access it was an off-guard approach. If the initiative wasn't a political one, how can you build a school which is not close to the people and never consider how to accommodate the students and tutors in the schools?" he stated.