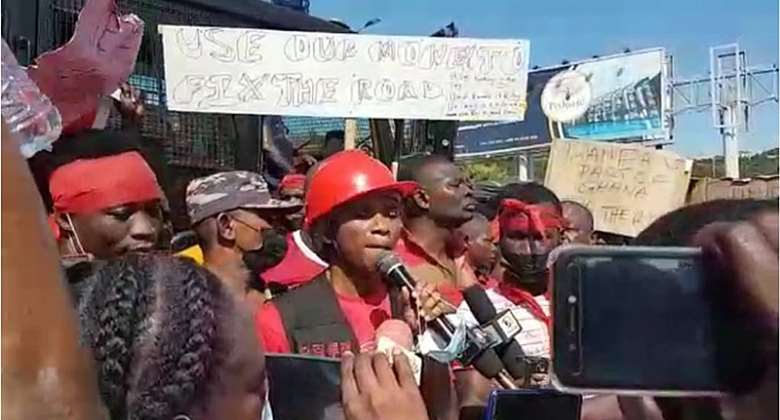 Member of Parliament (MP) for Madina, Francis Xavier-Sosu on Monday, October 25, 2021, led his constituents to demonstrate against the many deplorable roads in the constituency.

In the early hours of the day, hundreds of constituents trooped to the streets to march alongside the MP as their leader.

According to Francis Xavier-Sosu, the protest is to propel the relevant authorities to quickly fix deplorable roads in the constituency.

The Madina MP wants the government to pay contractors assigned to the project so that they can carry out the assigned job.

The protestors marched from Amrahia to Ayi-Mensah holding placards with various inscriptions but all in relation to the demand for the fixing of the bad roads in the constituency.

However, some protestors were arrested after they block the police from arresting the MP.

Hon. Francis Xavier-Sosu reportedly turned down the invitation of the police saying unless the security agency follow due process in the arrest or invitation of a Member of Parliament.