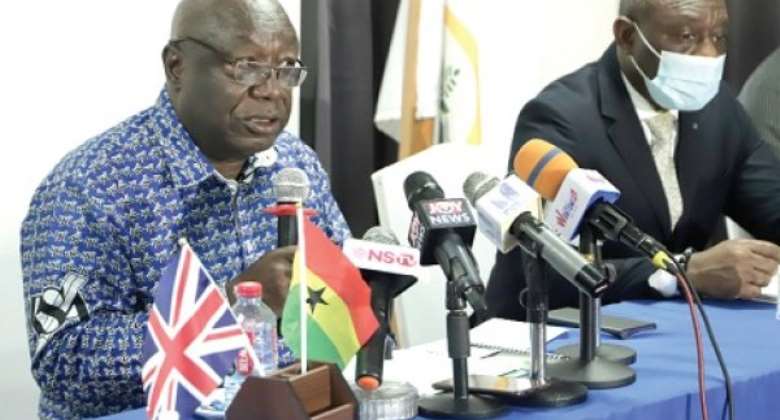 President Nana Akufo-Addo is expected to announce the approval of the country's updated Nationally Determined Contributions (NDCs) with some 47 adaptation and mitigation measures on climate change.

NDCs embody efforts by countries to reduce national emissions and adapt to the impacts of climate change.

Ghana, already facing the impact of climate change, requires between US$ 9.3 and US$ 15.5 billion of investment to implement climate interventions from the year 2020 to 2030 to build resilience to protect vulnerable communities and ecosystems.

He said an amount of US$ 3.9 billion would be required to implement the 16 unconditional programmes of action till the year 2030.

The remaining US$ 5.4 billion for the 3l conditional programmes of action would be mobilised from the public, international, and private sector sources and carbon markets.

Ghana will need an additional US$ 3 million biennially to support coordination actions and the regular international reporting of the NDCs.

It will also scale up renewable energy and sustainable energy transition and promote clean electric mobility and mobilise investments into climate actions.

The Minister said the interim NDCs, which had been sent to UNFCCC of the Parties Secretariat, had already received a favourable response from Ghana's 19-member cabinet ministers, pending approval and final submission.

He said Ghana had developed 19 policy actions in 10 priority areas to achieve the NDC goals in the next decade.

The Minister explained that the l9 policy actions, which translated into 13 adaptation and 34 mitigation programmes of action would generate absolute greenhouse gas emission reductions of 64 million tonnes of carbon dioxide-equivalent (MtCO).

It will also help avoid at least 2,900 premature deaths per year from improved air quality, create over one million decent and green jobs and cumulatively benefit nearly 38 million people with majority as the youth and women.

For the 34 mitigation measures, the Minister, said Ghana aimed at implementing nine unconditional programmes of action that would result in 8.5 MtCO:e greenhouse gas emission reductions by 2025 and a further 24.6 MtCOe by 2030 compared to the 2020-2030 cumulative emissions in a baseline scenario.

Ghana can also adopt additional 25 conditional programmes of action that have the potential to achieve 16.7 MtCO by 2025 and 39.4 MtCO2e by 2030 if financial support from the international and private sector is made available to cover the full cost for implementation.

Labour won't sacrifice for your unwillingness to sacrifice —...
46 seconds ago