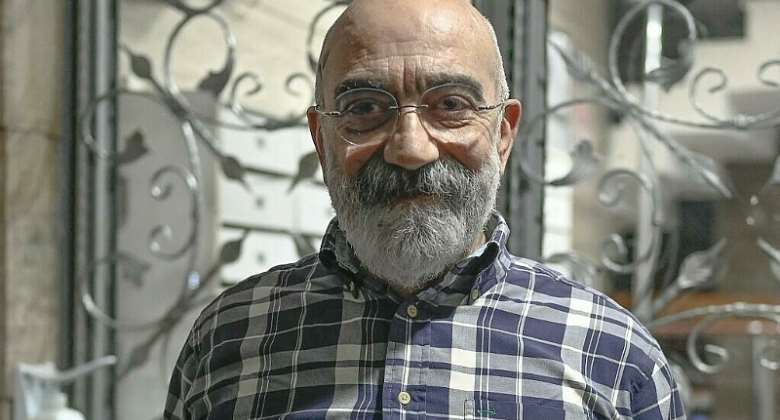 The Prix Femina 2021 has been awarded to Clara Dupont-Monod for her novel S'adapter  (Adapting) (Stock), while the foreign novel prize went to Turkish writer Ahmet Altan, whose tale Madame Hayat was written while he was in jail.

Gathered at the Carnavalet museum in Paris, the nearly exclusively feminine jury headed by Josyane Savigneau announced their choice after eight rounds, with six votes for Clara Dupont-Monod's S'adapter (Adapting) (Stock) and 5 for Thomas B. Reverdy's Climax (Flammarion).

Clara Dupont-Monod's story describes how the arrival of a disabled baby changes the lives of the family around it, in particular, its siblings.

The 48 year-old editor and journalist also won the Landerneau Readers Prize on 19 October, voted by a panel of 230 members of the public, which includes 10,000 euros in prize money.

"One day, in a family, a child is born who can only be described as 'unadaptable'. Despite the ugliness of this word, it reflects the reality of this flaccid body, and empty, roaming stare," are the opening words of the book.

"This romantic, dreamlike novel, like a fairy-tale, is full of feelings that every reader can identify with," Serge Joncour, from the Landerneau jury, wrote in a statement.

Literary Prize season
The Femina Prize for foreign novel went to Turkish writer Ahmet Altan, for Madame Hayat (Actes Sud), a novel written in prison and not yet available in the author's native language.

"It's a love story, of a young man and an older woman who has a profound impact on his way of seeing the world. A light in the darkness in a city where terror reigns, and only imagination can save the day," according to the description published by the editor.

The Femina Essay prize was awarded to Annie Cohen-Solal for Un étranger nommé Picasso (A Foreigner called Picasso) (Fayard), which reveals why the artist never took up French nationality.

It's the first of the big autumn prizes in the literary world which include the Médicis on Tuesday, the French Academy Grand Prize on Thursday and the Goncourt and Renaudot on the 3 November.

The Femina high school readers' prize will be announced on 2 December 2021.