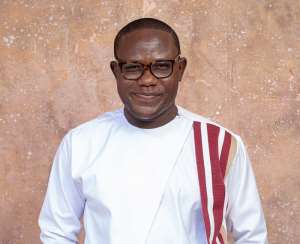 Somewhere in Gambaga, when old women were branded as witches and thrown into the witch camp, some men and women jubilated. It was a win for them. They heaved, “All our problems have finally come to an end.” Some celebrated because the supposed demons derailing their lives had been captured.

Weeks passed. Months came. Their problems kept compounding. And then… before they knew, their mothers, bosom friends and sisters had been tagged as witches, too. They resisted, “No! They can’t be! They are good people!” If they couldn’t be witches, how else could someone else’s mother be one?

As the witch hunters dragged their loved ones away, they noticed their problems didn’t change much when others were accused. They noticed they had condoned this sort of injustice which had eventually hemmed them in. That is when they came to the ugly realization that injustice against anyone will soon crawl unto everyone.

Injustice against a group of people may be the problem of those victims. Eventually, however, it becomes everybody’s problem. When we allow injustice to fester, it soon eats everybody up.

Injustice against anyone is injustice against everyone. When you see widows being maltreated by family members, go to their rescue if you can. It may be your wife or mother’s turn someday. By then, that sort of injustice would have been history.

When you observe the systems of a church disfavoring the poor, speak against it even if it will hurt someone’s anointing. It could be you or your family in those shoes sooner or later. When that day comes, everyone would have known your stance.

Injustice against one person is injustice against a thousand others. When you see injustice being perpetrated against a particular people, be concerned. It will soon crawl to your doorstep. You may be part of the majority wherever you are but remember you may be the minority elsewhere someday. How we treat people when we are the majority is how we should expect to be treated when we are the minority elsewhere.

A sheep should be concerned about how a goat among their flock is treated. Someday, that sheep may find itself among a herd of goats. We will not always be the majority.

Many shy away from confronting oppression. They see all the injustice meted out on people around them ― in school, church and marriage among others. They only keep mute and assume that as long as they are not victims, it is not injustice enough.

At first glance, injustice looks like someone’s problem. When given a critical observation, however, we realize it will soon be everyone’s problem. While we watch on as people are oppressed, note that the oppressors are only rehearsing to come after us.

Tribalism may not be injustice enough until we become victims. Denying people opportunities because of a skin color they did not choose seems like fun until doors are slammed in our faces because of a gender we had no power over.

Toxic cultural practices, for instance, that suppress decent living must be resisted. We may not be victims but our children may. Our loved ones and generations to come may be suppressed by systems we refused to fight.

Injustice anywhere is injustice everywhere. If you don’t speak against oppression, you will soon be the oppressed. If you sit unconcerned while others are trampled on, it will soon be your turn. Until everyone is safe, no one is.

Injustice against others is a warning to you. Fight it before it knocks you down. Never assume that you are exempted when life’s systems exempt other people from opportunities. You just may be next in line to be exempted from those opportunities, too.

Systems are built to favor those who built it. Our society is one of such systems. From religion to politics, our systems have been built not to favor everybody. When you, for instance, see a system that marginalizes women, you should know men built it. A system that protects politicians was built by politicians.

If we don’t fight against systems that favor a few and leave out the masses, life will soon reposition us to be part of the masses. If we are not bold enough to take on cultural practices responsible for our retrogression as a people, our future generations will be very disappointed in us.

As a matter of truth, we must understand that the freedom we are enjoying today is a product of the sweat and blood of some people who have gone ahead of us. If you are a black man, for instance, you have access to the same opportunities as Caucasians today because someone fought for equality for you before you were even born.

Many forms of injustice against the black race were quelled because someone had to stand up against slavery. Various forms of restrictions on women were eased because some women had to be bold enough to speak against a system set up by men for men but against women.

If we understand that our forbearers owed us a better today, we will understand the urgency of owing posterity a better tomorrow. This can only be done when we fight any injustice around us, especially those that don’t directly affect us.

The writer is a playwright and Chief Scribe of Scribe Communications, an Accra-based writing company ( www.scribecommltd.com ). Connect with him on all social media platforms. His play, Emergency Wedding, is on December 18, 2021 at National Theater.

Your quest to harmonise our country's religious diversity co...
10 minutes ago