Over 200 Zoomlion workers cry over salary delay in Koforidua 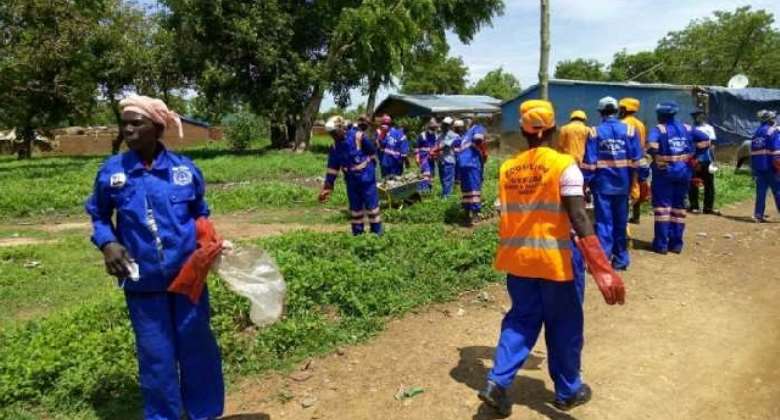 Some workers of the waste management company, Zoomlion Ghana Limited numbering over 200 in the New Juaben South Municipality of the Eastern Region have lamented the long delays in the payment of their salaries.

The workers claim that the waste management company owes them seven-month salary arrears and all attempts to get the management of the company to live up to the expectations of workers have proven futile.

The workers are, however, calling on President Nana Addo Dankwa Akufo-Addo to intervene by prevailing on the management of the company to honour the payment of their salary arrears.

According to the workers, the delays in having their paltry GHS150 monthly salaries paid have led to many of the workers deserting post.

The workers are angry and raising red flags about the mistreatments being meted out to them by the management of the waste company.

They further contended that the mistreatment has contributed to the piles of filth seen in the Eastern Regional capital, Koforidua because workers of the company are not working.

The leadership of the aggrieved workers poured their hearts out to Kofi Mitchel Accra 100.5 FM’s Eastern Regional correspondent during the mid-day news on Monday, October 25, 2021.

The leader of the angry workers said “as workers when we pushed for the Assembly to explain to members what is happening in terms of the payment of the salaries, officers at the Assembly informed members that all the money owed to the management of Zoomlion has been dully paid.

So, it is incumbent on the management of the company to subsequently pay its workers in the municipality.”

FIFA throws out SAFA’s protest case against Ghana after WC q...
23 minutes ago

Appropriate adequate funds for establishment of Ghana’s CDC ...
29 minutes ago