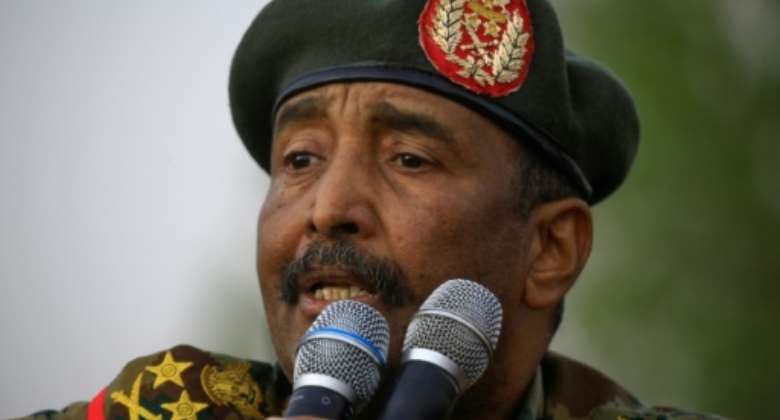 General Abdel Fattah al-Burhan, who on Monday dissolved authorities leading the country's transition to democracy, became de facto head of state after the 2019 ouster of strongman Omar al-Bashir and now embodies the possible return to a much-feared military rule.

In a lengthy military career under Bashir, he rose to prominent roles while remaining relatively unknown. He commanded the country's ground forces before Bashir made him inspector general of the army in February, 2019 two months before the military removed Bashir from power.

Sudanese media and analysts say Burhan coordinated sending Sudanese troops to Yemen as part of a Saudi-led coalition which intervened from 2015 against Iran-backed Huthi rebels.

It was a vital but behind-the-scenes role in Sudan's military involvement alongside the kingdom in Yemen.

It was with the RSF's support that Burhan took Sudan's top job in 2019, Berridge said earlier.

"The role in this latest move of the Rapid Support Forces -- branded by many as a revamped version of the Janjaweed militias who committed mass atrocities in Darfur -- will make many cautious," he said at the time.

Bashir deployed Sudanese troops to Yemen in 2015 as part of a major foreign policy shift that saw Khartoum break its longstanding ties with Tehran and join the Saudi-led coalition.

In the spring of 2019 after the breakdown of talks between protesters and Burhan's transitional council, he visited Egypt, the United Arab Emirates and Saudi Arabia.

The Gulf monarchies are crucial donors to Sudan, depositing an initial $500 million at the central bank following Bashir's ouster as part of a promised $3 billion assistance package to maintain their influence in the country.

Following Bashir's overthrow, Burhan was sworn in as Sudan's interim leader on April 11, 2019 and in August that year was tasked with chairing the ruling Sovereign Council of military and civilian figures steering the transition to a fully-fledged democracy.

But on Monday, the moustached Burhan, in his usual green beret and military uniform, appeared on national TV ordering the cabinet and Sovereign Council dissolved. He declared a nationwide state of emergency.

As Sovereign Council chairman, Burhan, who is in his early 60s, cemented Sudan's ties with global powers and regional players including the United States and Israel.

In February 2020, he met with then-Israeli Prime Minister Benjamin Netanyahu in Uganda.

"Burhan is a high ranking officer within the armed forces, but basically he's a veteran soldier," an army officer, who did not want to be named, said earlier.

"He's never been in the limelight", the officer said.

Hours before Burhan was named as Sudan's military ruler in April, 2019 he was seen talking to protesters taking part in a long-running sit-in outside army headquarters in Khartoum. By - (SUDAN NEWS AGENCY/AFP/File)

Even after Bashir's ouster Burhan continued to maintain a relatively low profile, often letting other members of the council talk in front of the cameras.

Burhan had a stint as Sudan's defence attache to Beijing.

Born in 1960 in the village of Gandatu, north of Khartoum, Burhan studied at a Sudanese military academy and later in Egypt and Jordan.

The general is married and has three children.