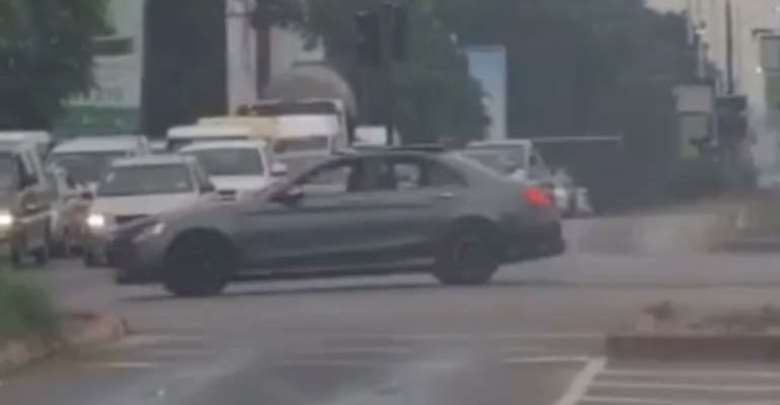 The reckless Mercedes-Benz driver arrested for flouting the traffic regulations over the weekend has missed his court appointment today after mysteriously falling sick.

Identified as Kofi Sasa, he was apprehended by the Airport Police on Sunday, October 24, 2021, after he was captured in a viral video recklessly displaying his skills behind the wheel in a black Mercedes-Benz.

In the viral video that has been widely circulated on social media, he was seen parked on hatch markings on the road besides cars that had stopped in response to the traffic light turning red.

To the shock of drivers, he drove into the middle of the four-lane road and started driving in tight circles, described as doughnuts by stunt drivers, before speeding off whilst the traffic light was still red.

Facing charges of careless driving and posing danger to road users, he was to be arraigned before Court in the capital today, Monday, October 25, 2021.

Under mysterious circumstances, he has reportedly fallen sick and could not honour his date in court today.

Information gathered from the police indicates that he has been admitted to an undisclosed health facility undergoing monitoring.