I'm ready to kneel down and beg Ken Ofori Atta, Bawumia if that will make them save the economy — Sam George 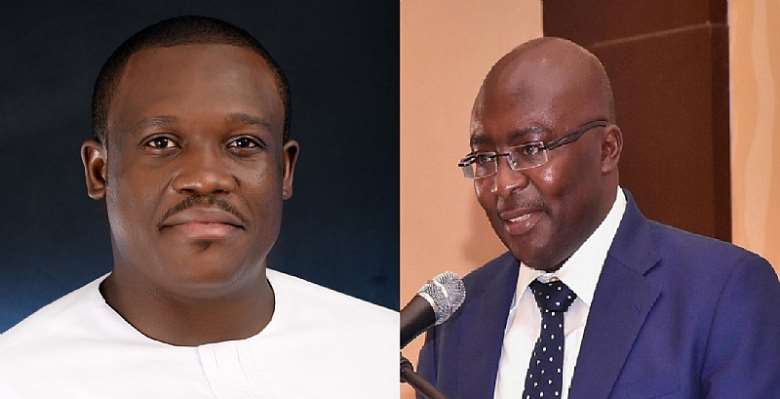 Member of Parliament for Ningo Prampram, Sam Dzata George said if kneeling and begging Vice President Dr Mahamudu Bawumia and Finance Minister Ken Ofori Atta on national television is the surest way to get them address the economic hardship then he is on his way.

He noted that the economic hardship has reached an unbearable level that requires something drastic.

In his view, the quicker the discussions about going back to the International Monetary Fund (IMF), the better it would be for Ghana.

He continued, “If Mr. Ken Ofori Atta and Dr. Mahmudu Bawumia were doing the jobs right, were managing the economy right, we wouldn’t find ourselves here.

“We need to quickly have a salvage mission. That’s why for me I say that look, if the IMF is what’s going to help us, let’s have that conversation quickly. I mean put your egos aside, put politics aside and save the economy, ” he noted.

Speaking to Randy Abbey on Good Morning Ghana on Metro TV, he said the rate at which the cedi has depreciated compared to the dollar in just one year is unthinkable.

“The dollar a year ago was 4.7, today the dollar has crossed 6.2, the pound was 5.9, today the pound is 8.45. These are the things affecting and driving the prices of fuel up and not anything.

“I’m not even going to talk about the theoretical lectures we got and how that’s not materializing in practical terms, what we just want to see as a country, as an ordinary Ghanaian, what my constituents want to see is that their salaries are maintained in terms of value,” he stated.

He continued "a worker who is picking public transportation, a worker who is fueling his vehicle is paying 42 percent more but his wages went up only 4 percent but even that 4 percent, the value in real terms, if you look at the dollar rate, has depreciated by almost 30 percent. So you see that the Ghanain is really really really living in a very difficult state at this point in time."

Hon. Nartey George was sharing his opinion on the rampant increase in fuel prices in the country.

The lawmaker is not the only one who has criticized the rampant increases in fuel prices; commercial transport operators and their mother union GPRTU expressed similar sentiments.

There are calls on government to abolish certain taxes on petroleum products in the country.

Latest Photo Reports
Catch up with all the political quotes from our politicians.
Advertise here
More Politics
ModernGhana Links
Parliament adopt revisions to 2022 budget despite Minority rejection
Minority to reject government’s ‘modifications’ to 2022 budget
Just reduce fuel prices; the plenty talks are unnecessary – Adaklu MP to gov’t
Revisions to 2022 budget not concessions – Jinapor
E-Levy: No amount of talks or reduction is needed; just scrap it – ASEPA to Ken Ofori Atta
I’ve written to Bagbin on some amendments to 2022 budget – Ken Ofori-Atta
Lead by example, don’t also travel abroad for one month – Ablakwa tells Akufo-Addo
Rawlings wanted me to run against Mahama in 2018 but I refused – Duffuor
'Bawumia, the weak cedi is running; arrest it as you promised' – Duffuor
TOP STORIES

Immediately withdraw your directive to Goil; it's dangerous ...
23 minutes ago