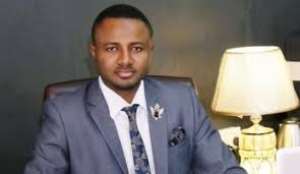 Security Analyst, Saani Adib has called for a review of the acts on small arms and ammunition to suit the context of social media.

Speaking on Inside Pages with Francis Kakra on Saturday, he said, “social media is a public space and whatever you do on social media is the same as standing in the middle of Accra sports stadium.”

His comment follows the arrest of musician Samuel Adu Frimpong known as Medikal for brandishing a gun on social media and Charles Nii Armah, known as Shata Wale for faking gun attack.

“A lot is happening on social media, good and bad. Recent studies has shown that social media is used for recruiting boys to join many groups that they don’t necessarily need to go on the grounds to recruit boys for this so called jihadist movement, same as harvesting data.

He explained that the difference with social media “as a matter of fact has a wider reach. That is why it is important, the status we have, we re-looked at it.”

He said, the promulgation of arms and ammunitions law before the advent of social media makes it imperative that there’s the need to change some of these laws.

“…now that we have social media, there’s the need to change some of these acts,” he stated.