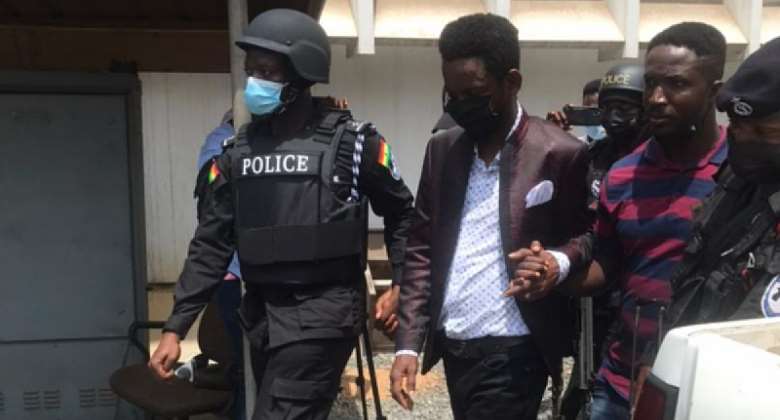 Bishop Stephen Kwasi Appiah, the prophet who allegedly prophecied the supposed shooting attack on dancehall artiste, Shatta Wale, that turned out to be a hoax, is expected to reappear in court today, Monday, October 25.

He was arrested following his prophecy that dancehall artiste, Shatta Wale, would be shot on October 18, 2021.

He was picked up after Shatta Wale staged a fake gun attack.

Bishop Stephen Kwesi Appiah, alias 'Jesus Ahoufe' of the New Life Kingdom Chapel, was charged for causing fear and panic on Thursday, October 28, 2021. He however pleaded not guilty.

Meanwhile, Shatta Wale and three other accomplices who were also remanded into prison custody for a week on the same day are expected to reappear tomorrow, Tuesday, October 26, 2021.

Shatta Wale pleaded not guilty to the charge of the publication of false news and causing fear and panic.

His accomplices, Kojo Owusu Koranteng, Idris Yusif, and Eric Venator have been charged for abetment of crime.

They also pleaded not guilty to the charge.