Shouldn’t All Ghanaian Police Officers be a Dampare? 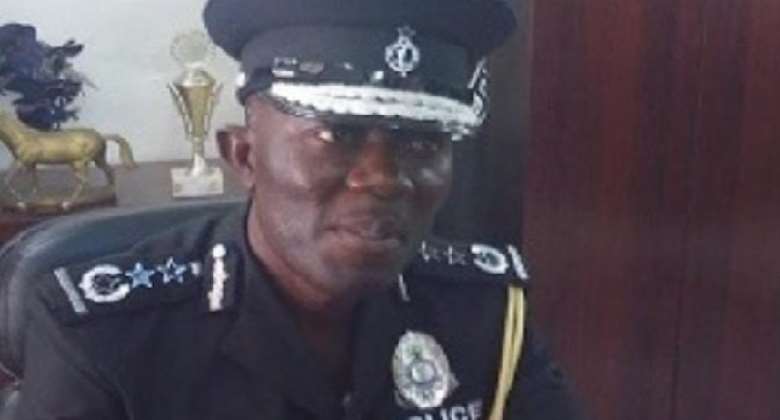 The newly confirmed Inspector General of Police (IGP), Dr George Akufo Dampare seems to have brought new dynamism into the operational activities of the Ghana Police Service to check the impunity of indiscipline and lawlessness in Ghana. This is a brief analysis of the embryonic policy of no-nonsense approach by the police.

To say that Ghana is a country of near lawless people is not far from the truth. I visited Ghana twice in 2019 and what I observed surprised and disappointed me particularly, the state of indiscipline in the motherland. The streets were full of rubbish and gutters chocked with filth. Black polytene bags were everywhere and people burnt tyres indiscriminately. Whatever you buy in the market is given to you in black polytene bag without enquiring if you want it or not. For example, I bought avocado at Anyaa market and when I refused the black polytene bag, the seller, looked at me as if I was out of mind for telling her not to put the three pairs of avocado in a bag.

The troubling indiscipline were on the roads ( and metropolitan, highway, urban and rural roads were full of chaos. In Accra, apart from traffic light, no one observed traffic regulations. It’s each for himself and God for us all. Trotro and taxi drivers were the worst offenders on the metropolitan roads, leading to long traffic queues. When there was heavy traffic, trotro and taxi drivers drove at the edge of the road and made a single lane dual, dual road became three lanes. They crossed vehicles in front without any warning or asking.

The highways were equally lawless. My daughter who was visiting Ghana for the first time insisted on visiting the two secondary schools I attended so we had to travel to St Augustine’s in Cape Coast and St Peter’s at Kwawu Nkwatia. Dangerous overtaking, SUVs driving at top speed against oncoming traffic with flashing lights and broken down overloaded trucks and articulators that were hazards and risk to other road users. In summary, the Accra Takoradi and the Accra Kumasi highways are nothing but death traps.

On the day we visited Augusco, we also visited Kankum National Park, Elmina and Cape Coast Castles so we travelled in the night on our return journey. What was shocking was the number of police road checks on the Cape Coast Accra highway. Almost after every five miles or less there was a police barrier. Sadly, they were not stopping and taking off the excessive overloaded vehicles that were hazards to other road users collecting money from such drivers and allowed them to continue their journey. I was extremely happy when we arrived safely back in Accra. I just could not drive in Ghana. I believe my observations on Ghanaian roads got worst because I am aware that Citi Fm in partnership with the police launched campaigns against indiscipline on Accra roads.

Another indiscipline in Ghana is the obsession with the brandishing and displaying fire arms to threaten others in video that are uploaded on YouTube. This may not be new phenomenon but has only attracted national attention because the new IGP, has decided to deal with such miscreants in society with the first arrest of Rev Owusu Bempa and his assistants, followed by that of Shatta Waley. The two have got national attention because the personalities involved are considered to be above the law in Ghana. The IGP has been praised for his no nonsense approach to policing in Ghana.

The question is, can his approach last long and survive in Ghana, where some people, especially the political elite, the rich, the powerful and the connected are above the law? Some people are of the view that, they will believe the IGP if he arrests a politician of the ruling party for being a miscreant. Until then, his new style of policing remains a nine day wonder and at best, against those he knows they cannot touch him.

Personally, as someone who provide advice to police forces in England, I do not see anything new in what the IGP has started. In fact, that is what I expect from every police officer. I therefore fully support the new policing style. However, I have serious doubt about the approach because it appears to me “one-man show” and therefore at risk of not succeeding let alone lasting long. If it continues, it may not outlive this particular IGP’s reign. This is because the policy is not a culture of the Ghana Police Service. It is the individual approach of the IGP and because the IGP cannot everywhere, at best, it may succeed in Accra, metropolitan and urban areas, where media publicity may be given such lawless acts by individuals and groups.

The second problem why it may not last long is that, as usual, the implementation appears to be that of, “I will show you where power lies” mentality. The refusal to grant bail to the miscreants after arrest could backfire because that is against the law and as a human rights practioner, I would not support such an approach. Using bail denial as punishment is wrong, illegal and unconstitutional since this amounts to unlawful detention and breach the right to freedom of movement.

The greatest threat to the policy, its implementation, success and longevity is from within the Ghana Police Service itself. There are tens of thousands of police officers across Ghana who are themselves miscreants. They are no different from the society because they are a reflection of the Ghanaian society. They turn a blind eye to wrong doing including criminal behaviour by either refusing or failing to enforce the laws, rules and regulations. Others simply collect bribe from miscreants and allow them to continue their lawless behaviour. Therefore, until the IGP has been able to instil discipline across the police service and make this policy of no-nonsense approach to policing, it will not work and would not last because police officers on the roads, at their various stations will sabotage the policy. They will fail or refuse to enforce the laws, rules and regulations when miscreants within the society break the laws, rules and regulations. In other words, for the policy to succeed and outlive the IGP, every police officer across Ghana must be a Damapre. Otherwise, this is bound to be a big failure and will suffer stillborn policy.

The other major threat to the policy is the Ghanaian politician, especially the political party in power. Though from all indications so far, the policy has received overwhelming public support, once the ruling political party begins to see it as a threat to retaining power, pressure would be brough to bear on the IGP to discontinue. That will happen because Ghanaians do not want obey the laws, rules and regulations, so the inconvenience from this policy implementation will not see favour with the power that be. In fact, the president may be pressurised by his party to remove the IGP.

Again, once the policy is applied to a big politician from the ruling party, hell will break loose in Ghana. Already some people are asking why the same policy approach has not been applied to arrest Kennedy Agyapong for publicly threating citizens in the past. The political elite will close ranks and be in arms against the IGP and call for his head. This is because in Ghana not only are the elite, rich and powerful above the laws, rules and regulations but also that is how they thrive at the expense of the weak, powerless and vulnerable.

I am all for the no-nonsense policing approach by the IGP because that what I am used to and that is what Ghana urgently requires for true and meaningful development. No nation has developed and made progress in the midst of indiscipline and near lawlessness. The surest way to reduce corruption and hold society accountable is by reducing indiscipline and lawlessness in Ghana through “no one is above the law” approach to policing across Ghana. However, that can only be achieved not by one IGP but the whole society but particularly police men and women across Ghana, As long as some regional, district, area, station commanders and rank and file of the police officers across Ghana do not pursue this approach, the policy is doomed to fail. Therefore, the IGP should ensure that this policy becomes a culture of policing across Ghana and every police officer is a Dampare. In the meantime, I say, ode to IGP and wish him success.