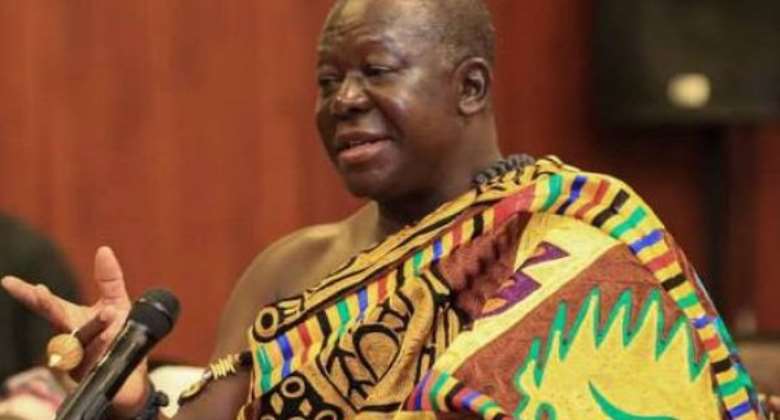 The tribute, which was personally signed by Otumfuo Osei Tutu II, described Hajia Mariama Bawumia as a matriarch, and eulogised the Bawumias for the immense impact the family had made on Ghanaian politics.

However, the final funeral rites was held on Saturday, October 23, 2021 at Walewale in the North East Region.

"As we idolize and eulogise great men and great leaders, we so often fail to acknowledge the role of the faithful woman behind the mounding of their mettle. But truly it is said that behind every great man is the hand and the heart of a faithful and devoted woman.

"And to a few women that goes even greater honour of becoming the matriarch from whose impact on Ghanaian politics will be felt for generations.

"On that roll of honour belongs Hajia Mariama Bawumia," the Asantehene wrote.

"She was not only the steady heart behind one of the titans of politics in the North during the most tumultuous periods of Ghana's history, but her guidance and tutelage has produced a family whose impact on Ghanaian politics will be felt for generations," he added.

The reference was made to the impact Dr Bawumia's father made on Ghanaian politics.

Narrowing his attention to Vice President Bawumia, Otumfuo praised the late Hajia Mariama Bawumia for "her guidance and tutelage, "which produced a son who today occupies the second highest position in the land”.

The Asantehene expressed sadness that Hajia Mariama Bawumia won't be around to see what the future holds for Dr Bawumia.

"How sad that she will not be around to see what the future holds for her son, but indeed; the matriarch can depart in response to the call of her Maker in the knowledge that she has impacted upon her nation as few ever would in their lives and above all, that the nation will continue to enjoy the fruits of her endeavours for many generations to come," Otumfuo stated.