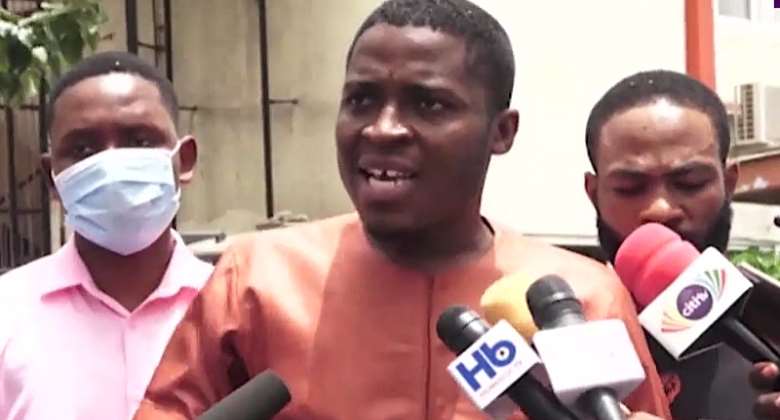 The Deputy National Youth Organizer of the oppostion National Democratic Congress (NDC), Eric Edem Agbana, has cautioned chiefs in the Volta Region against welcoming President Akufo-Addo into their palaces if the latter fails to apologize to the Aflao Chief.

His comment follows the President's recent interview on Peace FM, where he said the Paramount Chief of Aflao, Togbui Fiti V, should complete the abanfoned E-block project in his traditional area if he [Togbui Fiti] thinks he is frustrated about the project.

The President's utterance was in response to the Aflao Chief who gave an ultimatum to the government to complete and operationalize the E-block project.

The comments made by the President though appears sarcastic, it has widely been condemned by people who see it to be disrespectful to the traditional ruler who was only demanding that the right thing is done.

However, reacting to the President's response, Edem Agbana, who hails from the Ketu North Municipality in the Volta Region, cautions all chiefs in the Region to declare the President "Persona non Grata" until he renders an apology to Togbui Fiti.

In a social media post sighted by this portal, Edem Agbana threatens that any chief in the Volta Region who welcomes either the President or his Vice or any minister, into his palace will be dealt with.

"Until Akufo-Addo apologizes to Togbi Fiti, any Volta Chief who welcomes the Prez, Veep & any of their ministers into his palace must be called out & dealt with. Freddie Blay too got away with his insults on Togbe Afede. ENOUGH," he wrote on Facebook.

Edem Agbana has described as clowns Voltarians in the ruling NPP who are mounting a defence for the President.

He said; "Oh Lord, May I never become so STUP*D, that, even when the leader of my party insult/disrespect my chiefs, I will be forced to defend him.

"The NPP folks,especially from the Volta Region,who are putting(sic) up a defense for this blatant disrespect to Togbi Fiti, I am sorry, you are making mockery of yourselves. You are clowns," he continued.