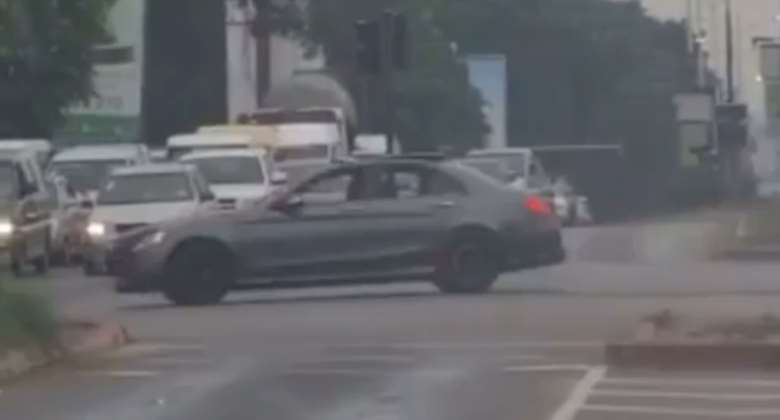 The Police have arrested the driver of a black Mercedes Benz, who was captured in a viral video performing reckless stunts at the airport traffic light intersection in Accra.

The driver has only been identified as Kofi Sasa.

According to Citi News sources, he was picked up by the Airport Police on Sunday morning and is currently in custody.

In the video, he is seen stationary on hatch marks on the road besides cars that had stopped in response to the traffic light turning red.

He then drove into the middle of the four-lane road and started driving in tight circles, described as doughnuts by stunt drivers, before speeding off whilst the light was still red.

It is unclear when the incident took place, but the incident was captured by an unidentified person and uploaded on social media.