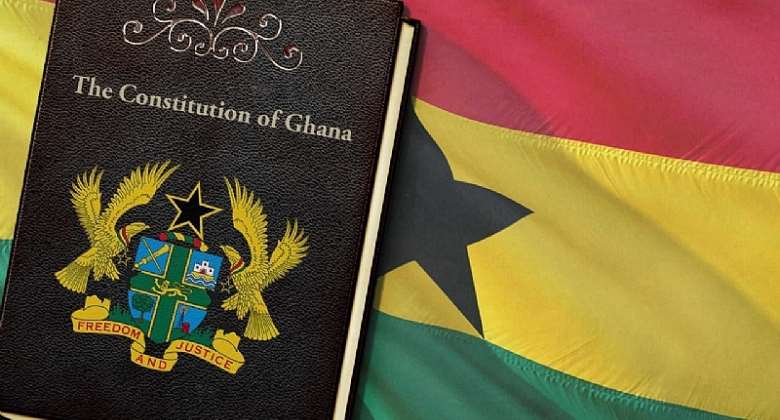 The Center for Democratic Development Ghana (CDD), has added its voice to the call by some Ghanaians and policy and governance experts for a complete overhaul of the current 1992 Constitution of the Republic, instead of amending it.

According to CDD, any attempt at amending the current Constitution will be prolonged by the need for building a bi-partisan consensus and that, some of the entrenched clauses make it highly impossible for an amendment.

The Center made the call in its July 2021 Briefing Paper.

The Briefing Paper stated that as it was clearly contained in the 2011 report of the Constitutional Review Commission, an overhaul of the Constitution will greatly mitigate some pressing defects such as the excessive appointing powers of the President, the requirement for the President to appoint a number of his ministers from Parliament without a cap, the absence of a cap on the number of Supreme Court Justices.

The Center said, for those who are of the view and affirm that despite the seemingly apparent gaps, the current Constitution has proved useful in sustaining democratic governance in the 4th Republic and should be maintained with some amendments, “the challenge with this view is that handpicking a few clauses in the Constitution for amendment hardly addresses the key gaps idenfied as mitigating against good governance.”

The Briefing Paper also said that the Constitution is so flawed such that “the excessive appointment power of the President enabled by provisions of the Constitution, including but not limited to Article 70, has been identified as a challenge to good governance.”

“The outsized role of the President in the overall constitutional schema, including control over appointments throughout all levels of the public services and state structure and other prerogatives, has retarded the development of independent institutions and credible checks and balances and sustained patronage politics in a winner-takes-all culture.

“In addition, the exclusive presidential power to fill vacancies in key constitutionally designated non-political offices (Electoral Commission, CHRAJ, Auditor General, and NCCE) feeds perceptions of partisan or improper executive control of such constitutionally independent offices, creates friction with and undermines effectiveness of such institutions, particularly when there is party turnover in the presidency.”

The Centre therefore resolved that after a critical examination of the extent of the gaps identified in these constitutional provisions as being major mitigating factors against good governance and constitutionalism, and the cumbersome amendment procedure for the entrenched provisions, it is perhaps time for a new Constitution.

Immediately withdraw your directive to Goil; it's dangerous ...
38 minutes ago