The dwindling of religious roles in Ghana 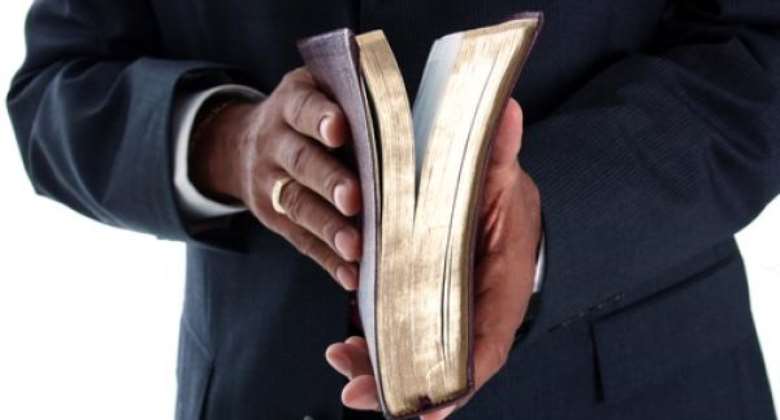 Ghana is a dominant religious country with Christians and Muslims living together in peace and harmony for decades because religion plays a significant role in uniting the people and providing a moral atmosphere.

However, certain events which the country has experienced in the past and today, without the intervention of religious bodies and Islamic leaders, demand questions about the purpose of religion in Ghana.

Despite the influence of religion in Ghana, the level of crimes and corruption has increased sharply in every part of the country. This is because religion has been part of corruption.

Hard-living and corruption, have forced many Ghanaians and pastors to abandon their religious roles in the country.

As a matter of fact, the decline of religious faith and duties has been long observed in most developed countries. For example, in Britain, many worshipping places have been either converted to drinking pubs or used for a library.

The United States, as one of the most developed countries in the world, has long been very religious, but over the past decade, the percentage of believers in the country has also decreased because religion in the past and today has been used as a tool to oppress and to commit crimes against humanity.

Let’s tackle the problems in Ghana today, a country with so many religious foundations and organizations but refuse to let their voices be heard on issues affecting the country.

On the issue of the legalization of homosexuality in Ghana, all the well-known pastors, including Bishop Duncan Williams, Mensa Otabil, etc, remain silent.

Yet, these pastors claim they are doing the duties of God, with bibles in hands, standing before the pulpits preaching to the people, and taxing the poor daily through multiple collections each Sunday to enrich themselves.

Just as Max Romeo, the Jamaican reggae singer said, “My father’s house of worship has become a den of thieves, stealing in the name of the Lord.”

As a matter of fact, many of the so-called God servants practice homosexuality in the country, the reason some find it hard to speak against it.

The same scandals have hit the Roman Catholic Church in the past, thus; affecting significantly believers’ faith, especially in the United States and Italy, therefore, the role of the church has diminished.

This even shows that the pastors are not what they want the people to know they are. If you are a Ghanaian pastor and you fear to speak about something going wrong in the country or because of the possibility of being denied a visa, for speaking against homosexuality, then you are a fake pastor.

The majority of Ghanaian pastors and Islamic leaders are there for their stomachs, not for the people. As a matter of fact, poor countries tend to be more religious because they depend on God for miracles.

God is a spirit, therefore, we need to worship him in spirit but Proverbs 14:23 reminds us that “In all toil there is profit, but mere talk tends only to poverty.” That means we need to work hard by ourselves.

There will be a time that Ghanaian churches will be virtually empty but the remarkable thing that will follow is that crimes will decrease totally in the country.