One wife one man is not in the Bible, every man will marry 5 women if I were President – Osofo Kyiri Abosom 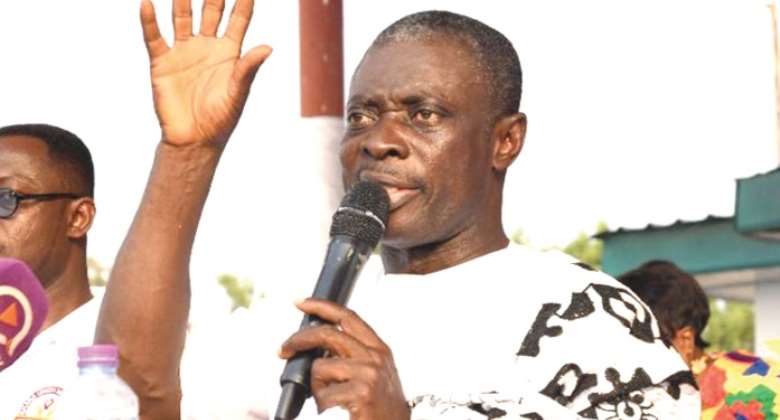 Founder and Leader of the Ghana Union Movement (GUM), Christian Kwabena Andrews, popularly known as Osofo Kyiri Abosom says nowhere in the Holy Bible is stated that a man must marry and stick to one wife.

He noted that every man in Ghana would have married up to five women if he had won the 2020 general elections.

Osofo Kyiri Abosom, whose party, Ghana Union Movement (GUM) became the third-largest political party in Ghana after the 2020 elections said the one wife one man policy introduced in the Church was one of the tricks used by the Western Countries to control Africans and procreation.

According to him, polygamous marriage was an acceptable practice in Africa in the olden days before Christianity was introduced by the missionaries.

He argues that even when two people are married in the church, the man ends up with another woman or more outside the marriage which goes back to tell the story that Africans are polygamous in nature.

He added that the missionaries imposed their lifestyle on Africans through Christianity to control procreation.

“If I were the President of Ghana, I would have asked every man in Ghana to marry 5 women. The land is just being wasted. I have not read in the Bible that a man must marry only one woman,” he told Sefah-Danquah in an interview on the Happy Morning Show.

He argued that the white man introduced certain lifestyles on us to control procreation. “They introduced condoms to end childbirth. They introduced one man, one wife and now many of our women have no husbands and their living a meaningless life,” he added.

According to him, the West is fighting hard, this time, with the introduction of LGBTQ+ to control procreation and increase sin.

The man of God is appealing to Ghanaians to strongly reject the legalisation of LGBTQI+.